We like to follow our favorite celebrities online, and subscribing to their newsletters through their official sites or portfolios is a good way of keeping up to date with what is going on in their careers. With a lot of their reputation hanging on website visitors, our favorites can’t afford to get too far behind the times in their website design.

Here we are showcasing some celebrity sites that follow current or recent design trends. Whilst compiling this list, I have discovered that many actors and actresses rely wholly on Facebook and Twitter these days, whilst singers still have their own websites in the main.

Beyonce Knowles is probably one of today’s foremost and best known recording artists, with such songs as Single Ladies, Crazy in Love and If I Were a Boy – to name but a few. Her official website is fully responsive with a pinboard-style layout. Large pink titles appear on hover over any image. Tom Cruise is an actor and film producer, probably best known for his roles in Top Gun and the Mission: Impossible series of films. His website is mainly black, with a slideshow on the landing page, and an animation of opaque blocks that travel from the bottom to the top of the page at intervals. One Direction are the most popular boy band in the world right now. They finished 3rd in the 2010 UK version of the reality show The X Factor. Their website has a red and black color scheme in a grungy style. As the vast majority of their fans are young, it is somewhat surprising that their site is not responsive. Nicole Scherzinger was formerly a member of the group The Pussycat Dolls, and is now a solo artist and a regular judge/mentor on the UK version of The X Factor. She is currently engaged to British Formula 1 driver Lewis Hamilton. Her website’s home page has a large slideshow, followed by a list of her recent Tweets and a sidebar with videos and downloads of her recent releases. The design is almost completely flat, but is not responsive, however, there is a mobile version of the site. Alicia Keys is an American singer-songwriter, with such amazing hits as Fallin’, No One and Girl on Fire. Her website home page uses a large black and white photograph of the singer. The flat design has a predominantly red and black color scheme. Once married to Tom Cruise, and once the highest paid hollywood actress, Nicole Kidman is a well known and well loved Australian. Her website uses transparency on the home page on images that have links to film trailers, magazine interviews, etc. For an image-driven site, it is quite a minimal design. Justin Timberlake was a child star, appearing in The Mickey Mouse Club in 1993 and 1994. He was then a member of the boy band N Sync, and has since carved out a solo singing career as well as an acting career. He has been romantically involved with Britney Spears, Cameron Diaz and Scarlett Johansson. His official website features a large slideshow, followed by a grid-style layout, all on a black and red color scheme. Affectionately known as J-Lo, Jennifer Lopez is as well known for her rear as she is for her singing and acting. Her website is a fullscreen video of her latest release I Luh Ya Papi (at the time of writing), and as is to be expected, there is very heavy emphasis on her behind! One of the best known and best loved singers, Kylie has been around a lot of years! Her website has a large slideshow followed by a grid-style layout and the flat design has a black and red color scheme. Cher is another singer and actress who has been around forever! Her website has a large slideshow followed by a pinboard-style layout and it is designed in the flat style. I am sure that Oprah Winfrey needs absolutely no introduction. She is America’s premier chat host, as well as having an acting career with a significant part in the recent highly acclaimed 12 Years a Slave film. Her website stands out to me as it really follows no trends at all… maybe that is to be expected from such a strong-willed woman. The layout is magazine-style, the color scheme is lilac on white and the design is not flat or responsive… but it really works for this celebrity and has the air of sophistication we would expect from her. Alexandra Burke is a British singer-songwriter. She was the winner of the fifth series of the British version of The X Factor in 2008. Her mother was the lead singer of the group Soul II Soul who released the huge hit Back to Life (However Do You Want Me) back in 1989. This site is black and white and very minimal in design. Kelly Clarkson is an American singer-songwriter and occasional actress. In 2002 she won the first series of American Idol which shot her to fame. Her official website has a large (almost fullscreen) image of the singer, and further down the page the layout is grid-style. The flat design has small touches of transparency on some of the buttons. Leonardo Dicaprio is a very well known Hollywood actor, having appeared in such films as Titanic, Shutter Island and more recently The Wolf of Wall Street. His website has a grid-style layout, flat design and the use of transparency. Adele is a British singer-songwriter and multi-instrumentalist. She has won awards at The Brits and The Grammys, and probably her best known song globally is the theme tune of the James Bond film Skyfall. Her website is presented in shades of black and gray, and the flat design has a pinboard-style layout. The site also uses parallax scrolling effects. Bruno Mars is a popular American singer-songwriter, releasing such hits as Grenade and Marry Me. His site uses parallax scrolling effects, and is, in the main flat design. Madonna is, as I am sure you all know, an American singer-songwriter and actress. She has been entertaining us since 1983 when she released her first single Holiday. Her website, as you may expect, features a very hot color scheme of red and purple/blue, with a video player with a selection of videos on the landing page. The site uses parallax scrolling and a touch of transparency here and there. Justin Bieber is a Canadian pop singer. He was discovered at the tender age of 14, and has recently become a controversial figure, turning up very late or not at all to some of his concerts, as well as having a number of run-ins with the law. His website uses flat design with a very light font and icons, creating an overall minimal design. The Arctic Monkeys are a British indie rock band. Their website has a flat design of white on black, with some scrolling effects and some transparency. James Blunt is a British singer-songwriter, his most well known single being You’re Beautiful. His website has a pinboard-style layout using metal panels. There is the use of tape textures and hand-drawn doodles. The site is fully responsive. The featured celebrities obviously realize the importance of a functional, up-to-date website, and these sites are a delight to visit. There are others, however, who have not kept up with the times at all, and I feel certain that their fanbase suffers to one degree or another due to that oversight.

Do you follow any celebrities online? Have you designed and/or developed a site for a celebrity (no matter how minor that celeb may be)? Please share your links and opinions with us in the comments section below. 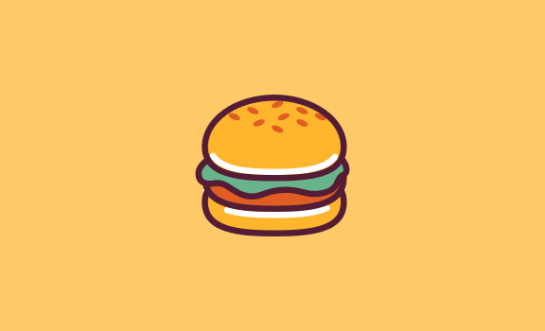