Trash, waste and kitsch generally appear to be synonyms. Kitsch is bright, garish, defiant. Sometimes it is absolutely tasteless, but still you can’t ignore it. There’s an aggressive combination of incongruous things…and that’s all kitsch.

Surprisingly, this style is really fashionable in all its diversity. There are two simple reasons for that: the super-duper innovational design that intentionally disproves rules and traditions, and a reaction to primitive living standards. 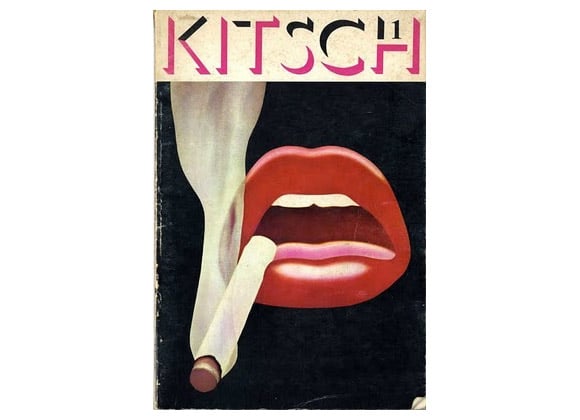 In the latter case, kitsch comes to be a response to social upheaval in a community. An expensive sport suit for eating out in a restaurant is kitsch. New windows that break overall architectural composition of a 19th century house is kitsch. “Renovation” of a rustic cabin, using materials designed to furnish luxurious offices is kitsch.

Kitschy methods combine modern and classy styles “in one bottle.” If you open it, you’ll see that kitsch is a design trend that falls into two branches.

The first part takes an entertaining compensatory niche, which partly coincides with functions of art in the field of “high” culture. This applies to short-term products that require consumer’s attention, story of interest and entertainment. The second subgroup includes static works – paintings, sculptures, souvenirs, jewelry, clothing, etc. Both categories of kitsch have the same signs, but slightly differ in their accentuation. 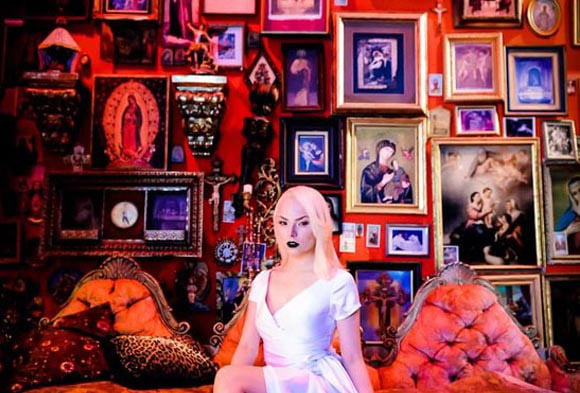 Typically, kitsch is an unprofessional fake, something fashionable, momentary, spectacular, eye-catching, made quickly from handy materials, or that is something that poorly replicates popular models. 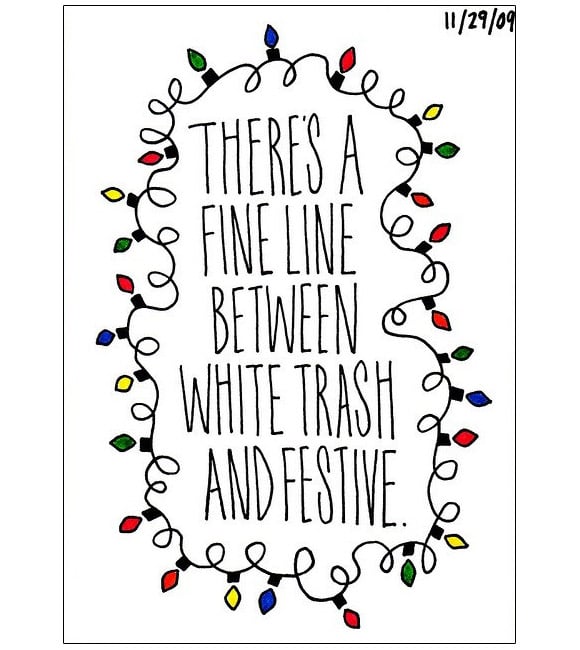 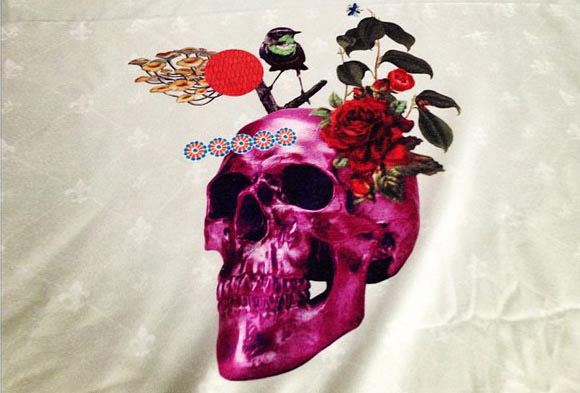 This style is characterized by the use of a large number of misplaced fripperies, as well as the use of bright, incompatible colors.

However, this style can be easily found in fashion websites, in particular this applies to resources run by representatives of the fair sex, those who are big fans of the color pink. Such websites are sometimes decorated with all kinds of “beautiful garbage”. 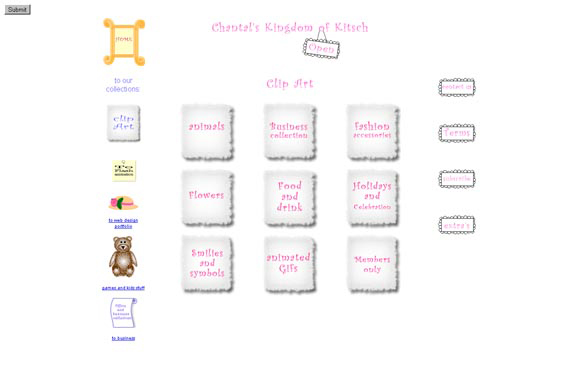 And, of course, we must not forget about websites of creative people who find it unacceptable to stick to any generally accepted rules that limit their inner freedom: among them you will find filmmakers, artists, writers, photographers, etc.

Here is one really bright example, Allee Willis, words fail to describe this strange phenomenon, simply open his website and you’ll realize it all by yourself. 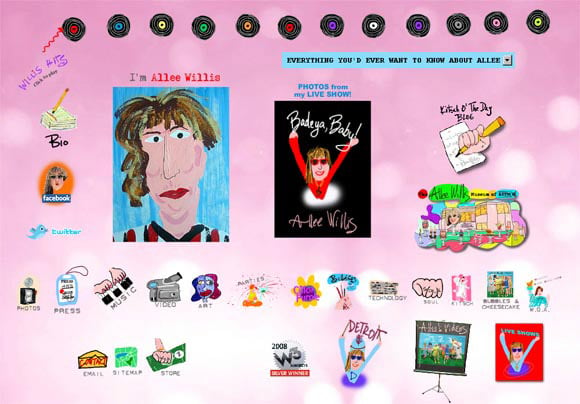 Here is also video of this strange character for you to experience all the absurdity of…kitsch.

For the kitsch website everything will work. These guys use every possible texture, though the most popular are: fabric, glass and metal. Also, they seem to worship grungy textures, some use them in conjunction with antique columns that “hold up” the website header made of vector images, simulating the sky with a parallax effect.

In the eyes of website owners, the whole entourage is designed to create the atmosphere of something “beautiful”.

Mostly guys who create kitsch websites perceive it as art. Their aim is to create contradictory things and mocks. This is exactly the same feeling that guides renowned masters and designers, who create some parody masterpieces.

But sometimes kitsch websites are created because of a low budget. Strange thing, but it is true. Hard to imagine this as an alternate solution, since it’s much better to create a minimal style website that does not require some outstanding designer’s work and enormous expenses.

Let’s have a look at some really bright and vivid examples of kitsch websites. 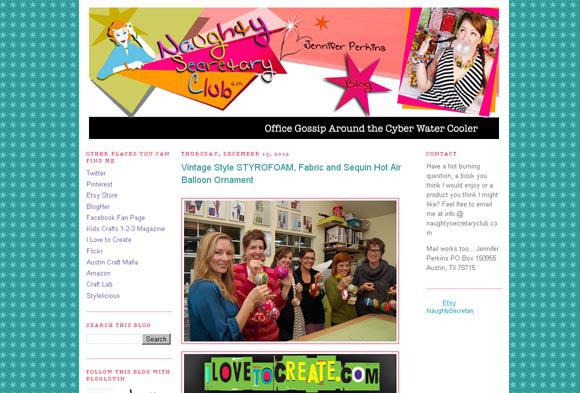 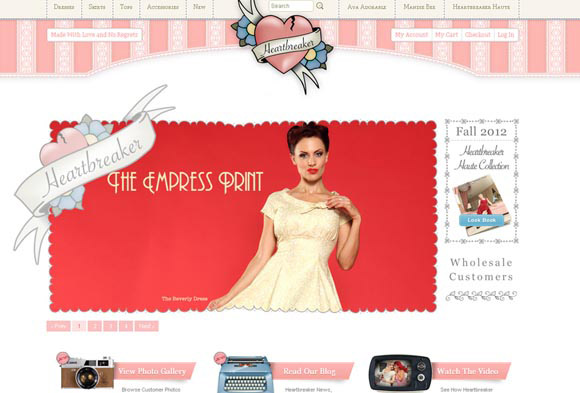 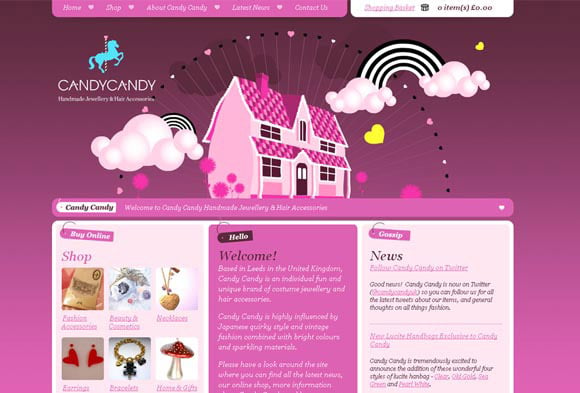 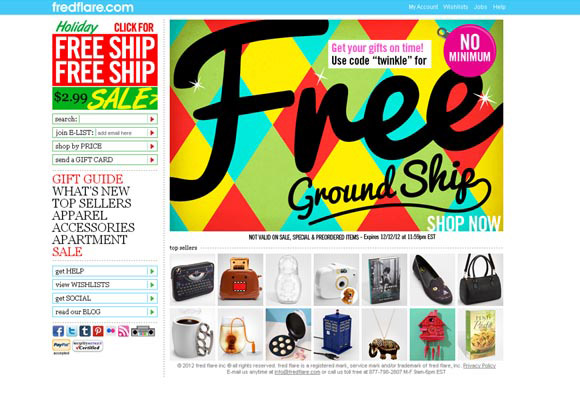 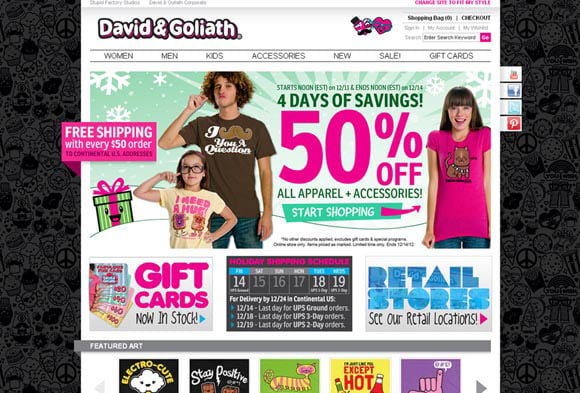 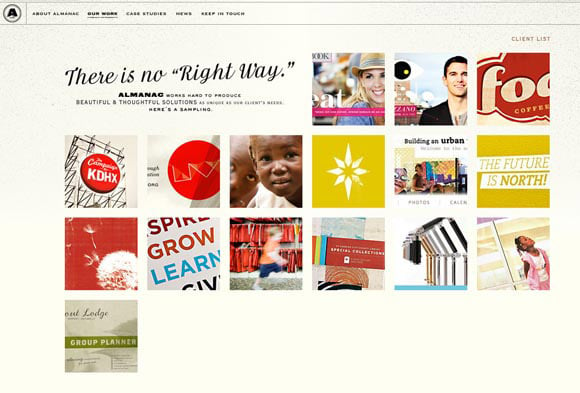 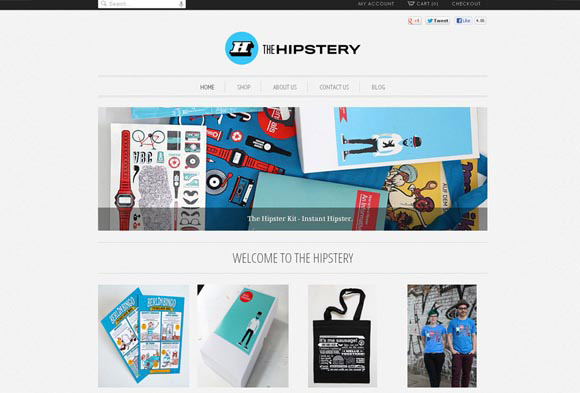 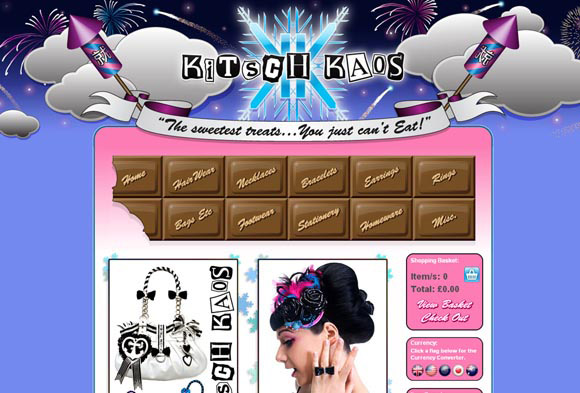 So, kitsch, as a fanciful product of our time, that already became a part of the history of design and is completely independent and a straightforward style. People can see beauty in this style that’s sometimes called anti-design that fights established traditions and gives an individual freedom to be different.

Usually some extravagant personalities choose kitsch, who love to shock, publicly creating their your own style in everything – and it has little in common with web design. Kitsch is also popular among teenagers, whose taste, sense of style and general outlook on life is just forming, what turns into a short-term attachment.

Kitsch is the most controversial and ambiguously perceived style in all spheres of design.