Everything Begins with a Modeling – Intricate 3D Scenes

As all we know, every project has its own start, something that plays a role of a solid base for our concept. When it comes to modern illustrations for magazines’ articles and covers as well as brochures, flyers and even short descriptive or promo videos everything begins with modeling. Numerous artists prefer to construct whole 3D scenes in support of their idea. This is a great approach to telling your story through art that always influences regular visitors profoundly.

Moreover, a 3D scene does not always mean something artificial that is made with a bunch of professional software such as Cinema 4D, Photoshop etc., sometimes a simple hand-made approach to constructing a scene from paper, cardboard, wood, plasticine or other real materials is a winning option.

Today we cover various solutions starting from imaginative exhibitions and ending up with real, manually assembled stages that are challenging people to stay and explore.

This vibrant, full of dynamism scene doesn’t accidentally include lots of music-oriented stuff; this is an incredible illustration for Norwegian Airline’s inflight magazine dedicated to the issue of the proliferation of Scandinavian producers in pop music, so those dazzling images of speakers, drums and other stuff nicely enhance the tagline of the article. Who says that an old-time Tetris-inspired scene won’t catch the user’s eye? Peter Tarka proves quite the opposite. His mind-blowing illustration made in this style for a creative agency will easily engage onlookers in the project. Much like the previous example, the designer here also resorts to a time-proven solution but in this case the project features a refined paper-based scene. The old newspapers play the role of a perfect tool for building a stage. That’s enough of outmoded techniques, let’s explore some advanced ones.

Dennis Cortes demonstrates a quite tremendous scene that is built with the help of a leading-edge polygonal style with a beautiful 3D touch. The coloring is also worth mentioning, since it evokes powerful positive feelings. The splendid 3D typography, which you simply want to touch, is the centerpiece here. It is responsible for embracing the idea and conveying a message to the users. This brilliant project is really impossible to miss. The team has done an enormous job in order to create this grandiose autumn-inspired scene. This is not a rendering; this is a real masterpiece that is assembled from real objects and finished with the help of advanced software. Do you want to find yourself in an alternative reality that is enormously reminiscent of scenes from comics? Thanks to a highly talented high-end team nothing is impossible, you can easily plunge yourself into this paper-based 3D scene that skillfully intertwines with the real world. The artist effectively reinforces his experimental type work with an impressive background. The work with textures and surfaces is simply amazing, and as usual, the project leverages an excellent combination of wood and shiny metal. The creative team has arrived at a really ingenious solution. The Moto bike here is constructed from various old things that you can find in your garage. Every detail is well-though-out and well-crafted; this really is a piece of art. This project has a distinctive womanish vibe. The pink is the core color here that unobtrusively sets the tone for the project. The illustration features various items that are aimed to support the main idea and perfectly co-work with the iPhone 5c case that is the highlight. This project is planned down to the last detail. As usual, it showcases an incredible cooperation of textures, surfaces and various effects that almost bring to life this lettering. The backdrop also plays an important role by effectively reinforcing the whole theme. The nice mix of hand-made paper-based components with a wonderful geometric feeling always gets the readers’ attention. Though the scene has only several such items, that is quite sufficient for reflecting the concept. This flawless experimental project breaks the mold of conventional 3D scenes with its garish coloring, glossy surfaces and a bunch of simple geometric shapes. The illustration looks sophisticated despite being composed from rather simple elements. This is a kind of philosophical speculation about the appearance of urban jungles. Typography, vibrant coloring and surreal decorative elements effectively separate the design from others. This is definitely something from our childhood. Let’s remember how we shaped our creativity with plasticine; as it turned out, this skill can enormously come in handy in the workplace, and this superb brochure illustration is a convincing proof of it. It displays an outstanding hand-made scene made with the help of modeling clay. 16. Chuck’s the All Star illustration by Elroy Klee

Here sport meets art. The artist shows off a mind-blowing typography where simple Converse sneakers have been transformed into magnificent symbols. The designer offers us to take a look at Warsaw from an aerial view. This is a real scene that features a collection of paper cut-out models. The project even has the caption “Honey, I shrunk Warsaw” that accurately describes it. The 3D scene is aimed at supporting the tagline “Safety First”. The massive, quite expressive typography also effectively reflects the nameplate of the project, enriching the atmosphere. Much like the previous example, this illustration is centered around the tagline “Create your own card”. That’s why the scene has a wonderful construction vibe. The artist has not only constructed an astonishing 3D scene made in 8-bit style but also created a whole documentary video that sheds light upon the world of chip music. 3D scenes are quite popular solutions among those who create illustrations for magazines or produce promo videos and intros for famous programs. They can be a perfect rendering that feature an excellent collaboration of effects and materials, a simple illustration inspired by modern art direction or an old-time yet well-tried hand-made project; the cardinal rule is to maintain the necessary effect, and at the same time, do not overload viewers with lots of stuff. 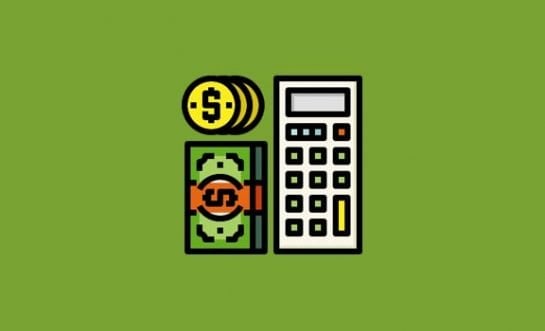 10 Ideas for Side Income for Creatives