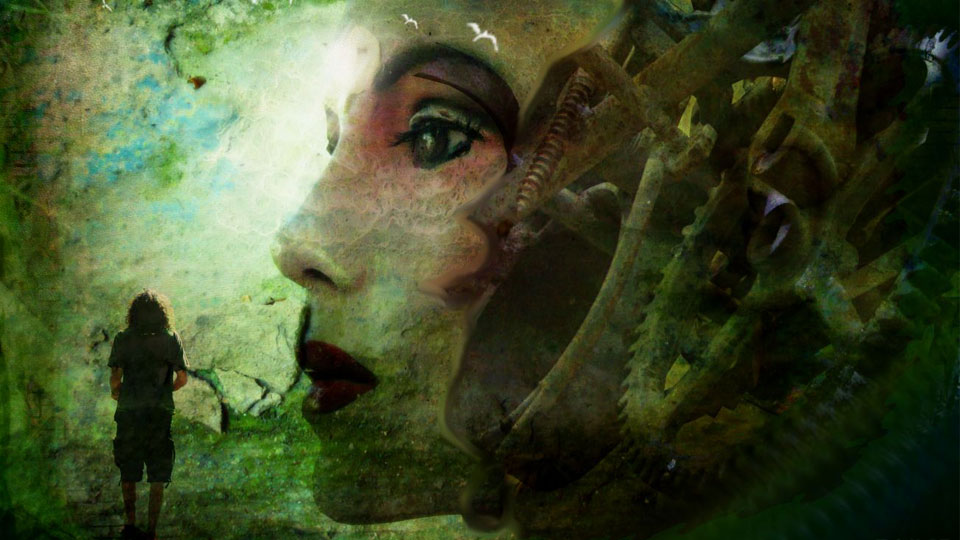 Figuring out the true meaning and purpose of creativity is a rather complicated subject. Sure, dictionaries and teachers can come up with a definition for it in a jiffy, but creativity as a whole can be approached in different ways. Here’s one way of looking at creativity that you probably haven’t heard yet: Without creativity, none of us would be here today. We need creativity to survive – we always have.

Hold on. You might be wondering – how can something that delves deeply into the subjective be considered an integral part of existence? You may even argue that creativity doesn’t seem to be needed for basic actions like eating, sleeping, or walking. To fully understand this new “theory” though – the theory of creativity you probably haven’t heard about – let’s first take a look at what experts and scientists believe about creativity.

How, Why and When We Are Creative There are a number of major theories on creativity, and while they may not exactly contradict each other, they all offer unique – and sometimes radical – views on how and why people are able to harness the power of their imagination.

Meanwhile, the mental illness theory suggests that the presence of any sort of mental illness – whether mild or severe – is a prerequisite for creativity. This isn’t necessarily true, some argue, as mental illnesses are seen as barriers that hinder rather than encourage creativity.

The relative theory of psychoticism takes it a step further, and in the opposite direction: According to the theory, all creatives have a disposition for psychotic tendencies – the very same tendencies that serve as the foundation for creative personalities. Recent studies, however, suggest that it’s actually more likely for creatives to be related to people with mental disorders than to actually suffer from them.

Another theory, the succinctly-named addiction theory, claims that substance use and addiction contributes to – and may even cause – creativity. Of course, the case could be made that creativity was inspired by the catalyst for the addiction (ex. a major emotional problem that led to drug use) and not the addiction itself. Some even believe it’s the other way around – creatives just get hooked much quicker.

However, the most widely-accepted theory is the humanistic theory. According to the theory, creativity occurs when human beings meet their six basic needs; after this, the state of self-actualization is reached, which frees us from distractions and allows us to truly set our creative minds loose.

Can Animals Be Creative, Too? Interestingly, evidence suggests that creativity is not a characteristic solely evident in human beings.

Orangutans, elephants, crows, octopi and even rodents have been known and observed to use tools – a concept that scientists once thought was uniquely human. That’s not all; these animals have also been known to produce what appear to be works of art. Chimpanzees finger-paint, for example, while bees build beautifully symmetrical homes. It can even be argued that whale songs may actually be artistic in nature as well.

One of the most interesting examples of creativity becoming evident in animals is the story of Imo, a female macaque who was part of a group studied by primatologists on an island off the coast of Japan in 1953. Imo was observed carrying a dirty sweet potato – which the scientists were offering the animals to make them more welcoming – and washing it in a freshwater stream before eating it. This was behavior that no primatologist had observed before – an “effective novelty” that the rest of her family soon adopted. This behavior outlived even her, as the macaques off the coast of Japan continued to wash their sweet potatoes fifty years later, even long after Imo and her generation have passed away.

If there’s one thing that this proves, it’s that you don’t need to be as smart as a human in order to be creative. Which leads us to the next question – exactly how smart are creatives, then? Despite what many people seem to think, you don’t have to be a genius to be creative. As a matter of fact, while your intelligence quotient (IQ) does have something to do with creative thinking, it is more strongly connected to the “thinking” part than the “creative” part.

Consider this: The main method of measuring your IQ depends on your ability to absorb and process information, as well as being able to use the data on hand to come up with a solution to a specific problem, regardless of whatever external factors may be present at the moment. This means that while intelligence does have a relationship with creativity, it plays a more significant role in understanding the creative process and making some improvements, not actually kickstarting it.

The fundamental difference between intelligence and creativity is that the former is focused on information-gathering and usage, while the latter transcends the boundaries of the intellect and explores possibilities by connecting concepts and ideas that may or may not be related at first.

Truth be told, people like Lord Byron or Leonardo da Vinci probably didn’t need to be smarter than the rest of us to develop their creativity. They just have a different approach to doing things that might be good to adopt in your day-to-day routine – one that can be summarized in three steps.

Innovation: The Practical (and Evolutionary) Purpose of Creativity

Now that the basics of creativity have been sufficiently tackled, we can move on to The Big Question: Why, then, is creativity necessary for survival?

Answer: It’s because of one simple word – “innovation.”

“Creativity” and “innovation” are two terms that are sometimes taken to mean the same thing. That’s not surprising, considering that both involve thinking outside the box, either to improve upon existing products, concepts, and processes or to build completely new ones from scratch.

However, there are a few key differences between creativity and innovation.

Creativity is difficult to measure, as it pertains to thoughts – the products of one’s imagination that are not necessarily (and more often than not, aren’t) tangible. On the other hand, innovation, which involves putting new and improved ideas into action, can be measured. When one introduces a new step in a process to make it more efficient, addresses a previously unidentified need, or introduces an entirely new product or procedure, that is creativity in action – that is innovation.

As author Shawn Hunter puts it: “Creativity isn’t necessarily innovation. If you have a brainstorm meeting and dream up dozens of new ideas, then you have displayed creativity, but there is no innovation until something gets implemented.”

Without creativity, there can be no innovation. Innovation is to creativity as technology is to science – the application of ideas to either provide solutions to our biggest problems or improve our quality of life. In order for humanity to survive over millennia, it had to learn how to adapt and evolve. Our ancestors needed to learn how to build shelters, make fire, figure out how to get food, and so on. Without creativity, we wouldn’t have automobiles, or medicine, or cellphones, or the Internet. We probably wouldn’t have survived as a species as long as we did if our forefathers didn’t put their ideas into action.

So take a break from your routine today. Think of a new idea. Or just daydream. Who knows – those fanciful little thoughts swimming in your head right now might be the key to solving tomorrow’s problems.