September 1, 2011 in Design by Stephanie Hamilton

The use of grids in web design is a popular topic that has inspired many designers in their pursuit of the perfect site design. Although this concept is just a few years old, the use of grids has been ever-present in field engineering and architecture, where precision is key. However, the concept of grid theory, where proportion is given as much emphasis as structure, has been around for thousands of years and is exemplified in the works of Pythagoras, who proposed numbers as ratios rather than single units.

So what does this all mean for graphic and web design? Well you’ve probably heard about the golden ratio – or a mathematical pattern that occurs so often in nature they refer to it as the divine proportion. Generally speaking, these logical guidelines create aesthetically pleasing compositions that are both balanced and structured. 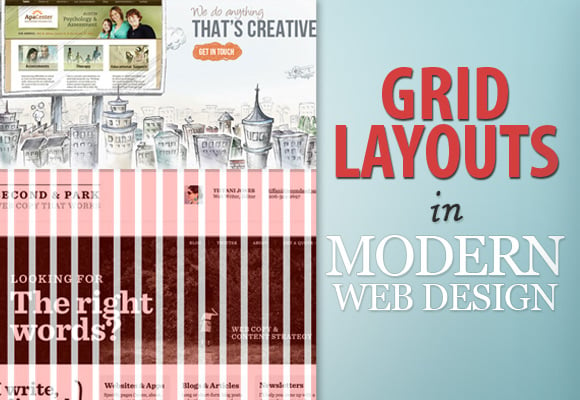 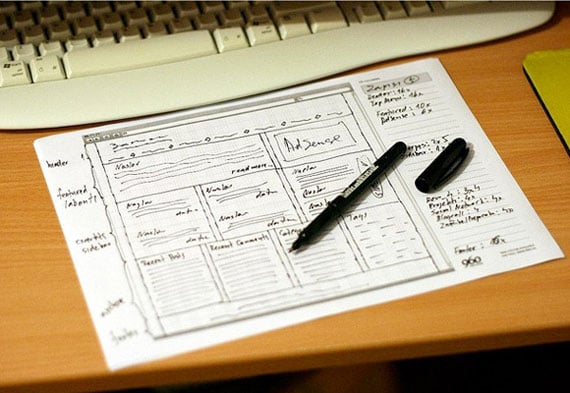 Grid Layouts have become commonplace in modern web design for a number of reasons: First they provide unmatched structure and organization, which helps create a predictable rhythm and sense of familiarity to the design. As the web becomes the best medium for publication worldwide, designers and developers must work to simplify the process. Grid-based layouts produce stable websites: its no surprise the community has adopted frameworks as common practice.

Secondly, our tendency is to read a page from left to right, and grids only reinforce this innate characteristic. Also playing into this is browsing device of your visitor and whether they are coming from a traditional computer or mobile platform. Many grid-based website are fluid and will re-size according to the user’s browsing devices. Take a look at the wordpress theme FolioGrid below. Its popularity is attributed to its ability to flex with viewing devices. 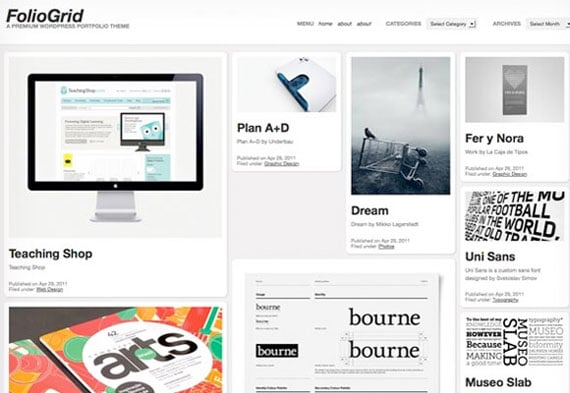 A common example of the grid in web design is on newspaper websites. These websites often used grids as a necessity; the sharp look is one way to effectively manage and organize a large amount of content. The New York Times has one of the more well known grid-based layouts. 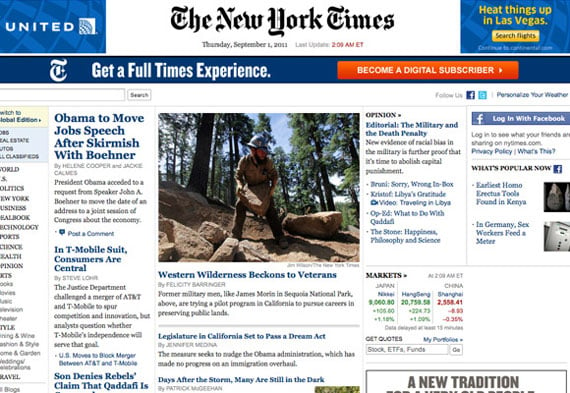 The Rule of Thirds

The Rule of Thirds is a visual arts rule that states that an image should be imagined as divided into nine equal parts by two equally-spaced horizontal lines and two equally-spaced vertical lines, and that important compositional elements should be placed along these lines or their intersections. Aligning a composition according to Rule of thirds creates more tension, energy and interest in the composition than simply centering the feature would. 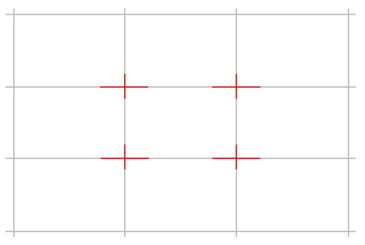 So how do you split a layout into 9 equal parts? Jason Beiard states the following method for applying the Rule of Thirds to your layouts:

To start the pencil-and-paper version of your layout, draw a rectangle. The vertical and horizontal dimensions don’t really matter, but try to keep straight lines and 90-degree angles. 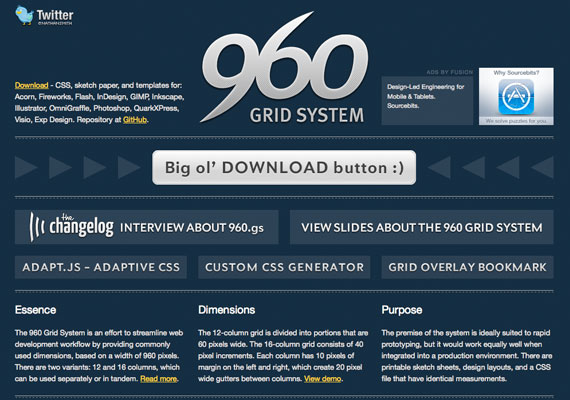 Another tool for laying out a website that utilizes a grid is the templates put forth by the 960 Grid System. Based on a width of 960 pixels, this system is an effort to streamline development workflow. The number 960 was chosen due to it being divisible by 3, 4, 5, 6, 8, 10, 12, 15, and 16. The result is an ideal width for grids and experimenting with different arrangements for your layouts. 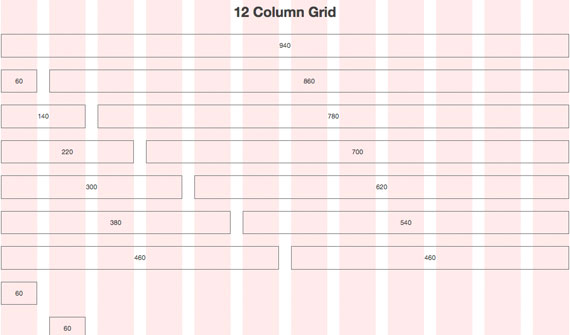 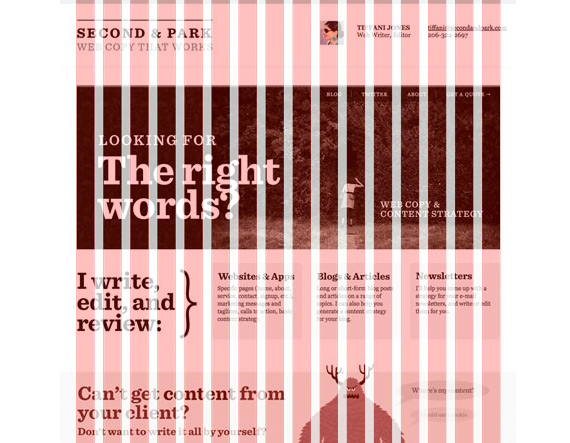 The website for Second Park is presented using the 16-column grid from the 960 grid system template, but do not exist on the actual website.

An alternative layout is achieved on the website for StartingBloc. As you can see, the unconventional approach is expressed through the use of circles that guide our eyes through the layout. In the following example a basic path has been created that pretty much directs your eyes – you can’t really help following the flow as the designer desires you to. A fairly easy way to gain some control over user experience. 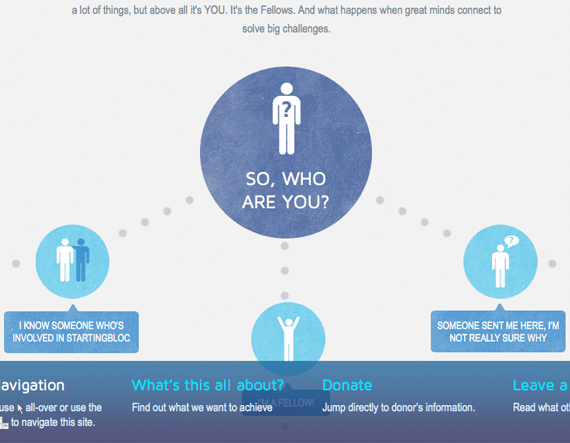 When there are very few objects in the layout, it’s okay to have them floating. Such is the case for NewQuest. The interactive website allows you to customize and arrange the icons like a puzzle, while adhering to a strict grid in the process. 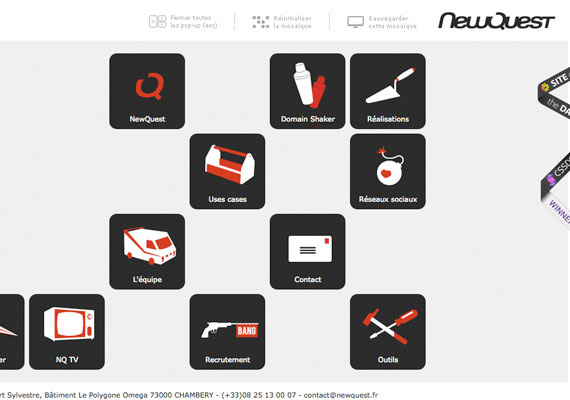 As you can see on the website for Get Active, structure is still present. A design can still be highly logical, yet retain an out-of-the-box approach at the same time. Rounded symmetry is used here, which makes the site well balanced and attractive. 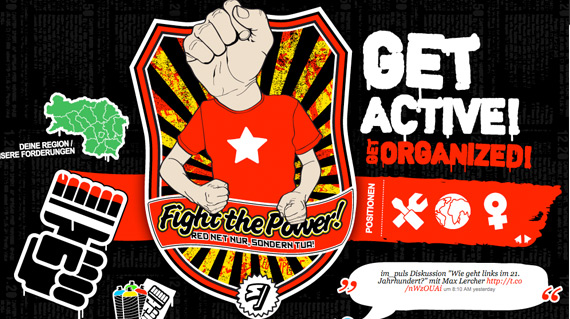 An alternative layout is best designed with a strong focal point in mind. As in the above example, the layout has a heavy draw towards the center, where the logo is housed. In any of your layouts a focal point can be expressed through many elements such as size, color, and placement to achieve the message you’re trying to convey.

Illustrating areas allows you to break out of the structure you’ve created in your grid. They’re a perfect way to counterbalance the rigidity of the grid. Stimulating areas of interest can be created on an otherwise boxy layout through the inclusion of illustrations.

The website below, Convax Solutions, presents an illustration that acts in opposition to the grid-based layout. The result adds visual interest to an otherwise rigid grid. 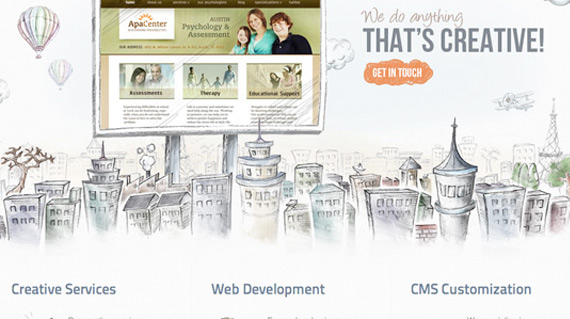 By tilting the grid to create diagonal lines, the grid-based layout is almost hidden. Diagonal grids look cool whilst still based on a grid layout. Marie Laurent makes good use of this effect. 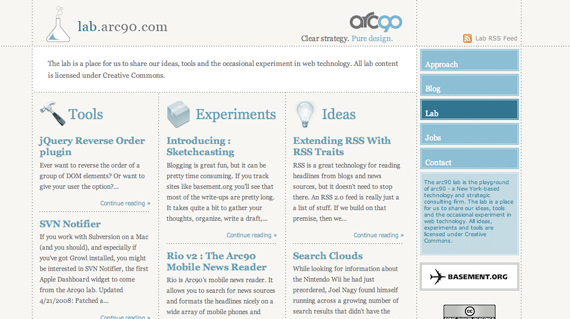 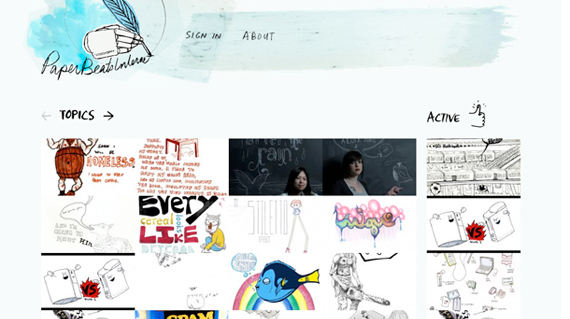 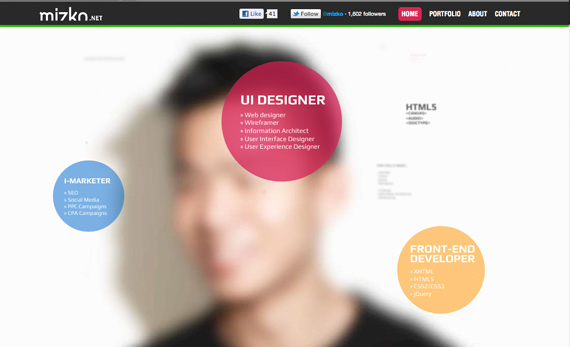 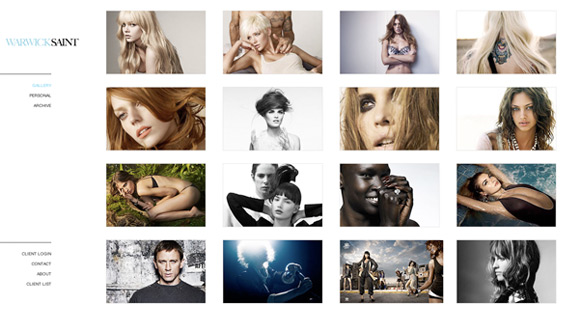 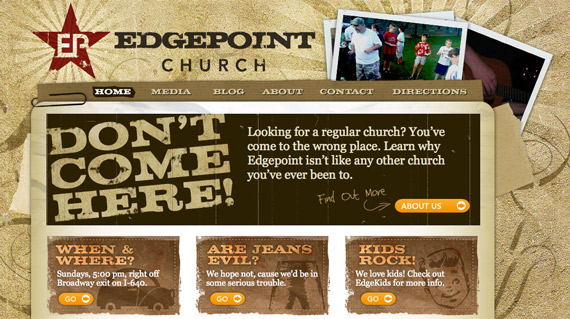 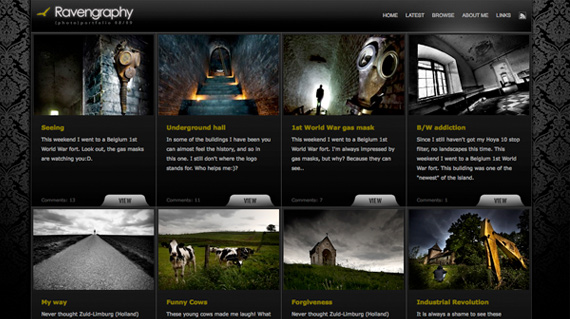 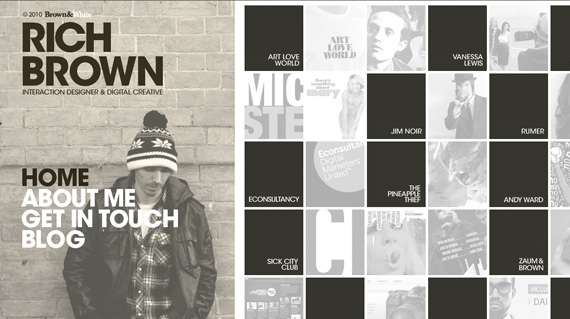 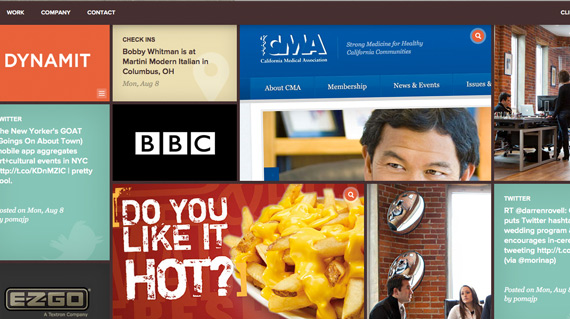 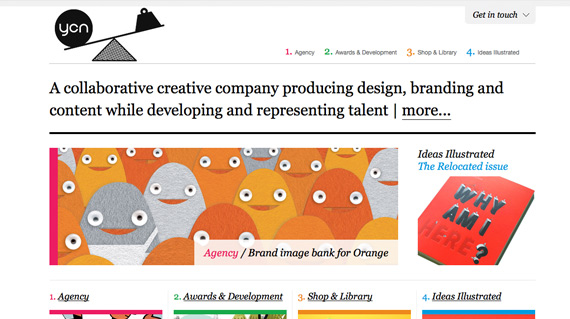 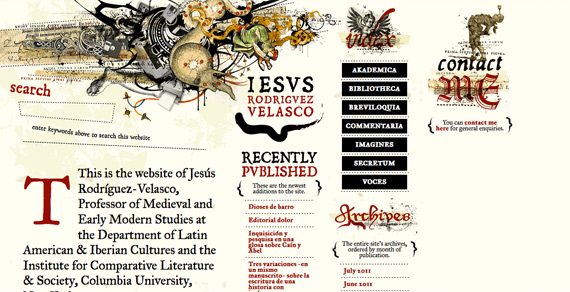 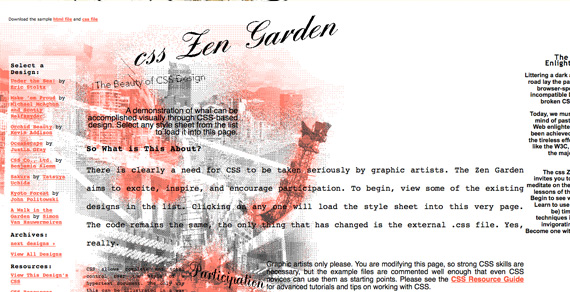 A grid provides a logical structure to your layout while providing a sense of familiarity. It’s also user-friendly and provides a flow to large amounts of information. At the same time, experimentation by breaking outside the grid allows you to see a design in ways you never have before. Breaking the grid can reduce monotony, while still providing organization to your layout.

Utilize concepts such as disharmony, asymmetrical balance, and ordered chaos to bring areas of your site’s grid designs to life. Are you a stickler for grids or are you prone to think outside the box for your layouts? Leave a comment below letting us know!