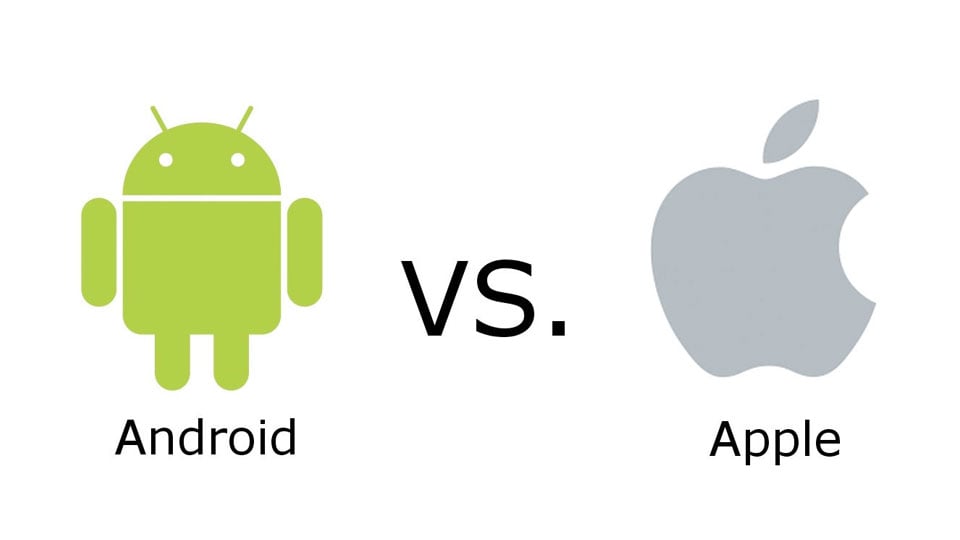 iOS and Android have been the two biggest players in the mobile industry since their inception. No doubt each OS has been doing wonders in the field of mobile communications, getting smarter every day.

Apart from getting numerous features in one’s smartphone, another aspect that a user deserves is a good and intuitive UI to effectively interact with the device. Without a useful UI, the device is just a useless block of circuits.

Though things haven’t changed much or rather drastically over a short period of time for both of the operating systems, if you compress the total timespan into a shorter one, you can actually notice heavy changes in the UI of both iOS and Android.

Here, we will be comparing both mobile operating systems based on their UI design philosophy and how the UI has evolved over time for both parties.

The UI Development of iOS and Android iOS
iOS has always been focused on simplicity. You can see the home screen of iOS as an example. A pretty straight forward screen showcasing all your installed apps so that you can have easy access to them without even having to fire up a secret menu tucked away somewhere on your screen.

As Steve Jobs would put it, the iPhone is a device which can be used by anyone, from the geek to the janitor. You don’t need to have knowledge of computers to use an iPhone, all courtesy of its operating system and the UI especially.

Every feature is presented in a gorgeous UI which is both elegant and simple. At its time of launch, iOS had the most beautiful UI among all other competitive phones in the market. Its simplicity couldn’t be surpassed at that time, so no wonder it attracted a huge number of users all around the world.

Android
On the contrary, Android had always been focused on giving the users raw power and performance, and somehow overlooked the aspect that a personal device such as a mobile phone needs to be simple and easy to use.

That doesn’t mean it should hold off all the great features it had been providing just to make the make the OS simple. A better UI would have given it a much better start. Android was carved out from the heart of Linux and its home screen looked similar to that of a desktop PC, with the ability to place favourite apps icons on the home screen and line up some useful widgets too.

Settings and options were a bit complicated for a person who hadn’t used a computer much, but for others it was familiar and easy. However, Android made the home screen at least if not the rest of the UI, attractive with its interactive widgets and especially with the live wallpapers.

If I were to choose between iOS and Android based on the UI at that time, I would have chosen iOS for sure because of its simple yet very attractive UI. Both iOS and Android were progressing heavily, gathering users, gathering steam, but in this rush they neglected one thing, to revamp their UI much.

It would be wrong to say that there weren’t any changes, because both of them had a little makeover, not much though.

iOS
iOS had some design improvements like crisper and refined UI elements, a better home screen look and support for high resolution screens.

The overall look of the OS was still more or less same, just a few tweaks here and there to make the experience better and more pleasing. One thing that Apple brought into this OS was the notification centre that Android had for ages.

Since this was the iOS we are talking about, the notification panel was simple too, with just the alerts that you need and when you need it presented in a beautiful way.

Android
Android on the other hand brought in a more revamped UI than iOS. The home screen was a little different, apps looked different and so were the screen transitions and other animations in the OS.

It was time Google realized that the UI needed to be made better to have more user engagement and they tried working on making the UI better and better with each new release. However, even after realizing that the UI on Android needed some love, Google was far from making it beautiful.

It was a shame because there were so many apps running on Android that featured better UI than the OS itself. The OS still looked like a mini computer running Linux, and didn’t feel very much like a personal device, but a high tech gadget.

I always felt that was the one thing that was holding back is its visual appearance. With all the advanced capabilities the OS was already winning over other operating systems, however in terms of UI and design, iOS beat Android by a huge margin at that time.

If I had to choose between iOS and Android then, I would still choose iOS, for the same reason – the visually stunning UI. Judging from the screenshots given previously and the ones given now, it feels like we are already into the future. iOS and Android both look different, new, polished and much more attractive than they were a few years back.

iOS
As always it was Apple who seemed concerned about their design philosophy before anyone else, and with its iOS 7 release Apple finally switched from the old age design techniques to the brand new flat and minimalistic design approach.

From icons to menus, everything was flat. This shift made the OS look much more modern and pleasing to the eye. It was as if, the operating system was given a new life thanks to this new design approach.

The apps also looked wonderful – flat yet so appealing. When the web world had gone flat, Apple didn’t waste any more time in shifting their design from the old school type to this new one.

After all these years of upgrades, this was a major design update for the OS. However, one thing remained same, the simplicity is still there. Looks like Apple’s not going to let go of this key selling point.

Android
This time it was Google who had more tricks up their sleeves. With their all new Material Design philosophy Google’s Android emerged as the winner in the only field it had been losing all these years – the user interface.

Material Design set the bar for UI design to a whole new level, with delightful details, animations and design that is visually stunning. This was the biggest update in terms of design in the Android OS ever, it looked completely redesigned from scratch.

This design philosophy combines power with beauty. With all those amazing features and unlimited possibilities of Android topped with Material Design, Android has clearly won the hearts of millions of users worldwide.

For the first time, Android felt much more personal like iOS, simple to use and moreover pretty much attractive. In fact this new design philosophy has been loved so much that companies like Whatsapp have designed their web app based on full material design.

From all these years of evolution we can notice one thing, a good, simple and elegant design always wins. Apple has done it over the years and it had worked wonders in their case and now, Google has adopted a similar design making Android even better and sweeter.

It’s not only the hardware on your phone, or the software features that are essential for making your phone a companion for your daily life, it’s the UI that matters too. Google learnt it quite late, but now it’s Apple’s turn to shock us with some new designs.

One more thing, if you would ask me which OS I would choose now based on my previous judgement criteria, I would say “move aside iOS, I choose Android!”.