January 9, 2012 in Articles by Rebecca Garland

In order to truly appreciate how irritating some of these overused idioms can be, you must first know what an idiom is. An idiom is a phrase that is used to mean something in context that is usually totally different to what it sounds like if taken in a literal sense. Idioms are cultural and often these tricky turns-of-phrase are the stumbling blocks for those who are trying to decipher native English or trying to write casually. 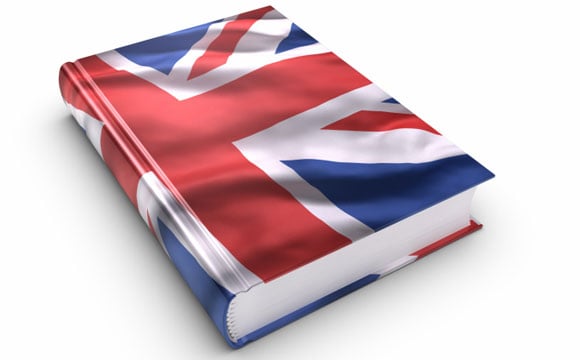 While a well used idiom can make a piece of writing come alive with personality and wit, others turn us off rather dramatically. Many idioms are often overused, they are trite and if improperly used, they are downright ridiculous. And just what are these overused idioms to avoid? Take your pick:

Get your ducks in a row

No ducks involved, of course. This just means to line up all of the things you’re responsible for. “I’ll be there just as soon as I get all of my ducks in a row.”

The pot calling the kettle black

This one is a real mess if you’re not familiar with it. I’ll give you a hint. Both a pot and a kettle are supposed to be black. (This idiom dates back to the time when cast iron was used). If the pot is calling a kettle black it means he is blaming the other guy for something he himself is doing as well. For example, “John is so far in debt, but he keeps nagging Billy about his credit cards. That’s the pot calling the kettle black, if you ask me!”

Fish out of water

A bit more universal, a fish belongs in water, so if the fish is out of the water, he’s in the wrong spot and failing. We can make this one even more descriptive and trite by adding in some special verbs, “He floundered about in the presentation like a fish out of water.”

A rather sad phrase when you think of it, the cookie crumbles the way it wants to without any direction. Telling someone, “Well, that’s just the way the cookie crumbles,” is simply telling that person that he had no control over the outcome of a situation.

Bang for your buck

It sounds almost dirty, and people in other countries are probably tittering right now, but really this is a money term. A buck is a dollar, and getting a good “bang for your buck” means you’re getting a lot of value for the money you spent. You might get “a lot of bang for your buck” by reserving seats early and saving hundreds of dollars.

Don’t worry, we’re not advocating physical contact in any way. “Pulling your leg” or “pulling on your leg” just means you’re teasing someone or joking around. “He’s not really your father – I’m just pulling your leg!”

In the heat of the moment

This one is almost sexual in nature, but it implies a rash decision was made in a “hot” or frantic moment. “In the heat of the moment, Jill kissed Jack.”

A newer idiom, to “have a cow” means you’re having a fit. This makes no sense whatsoever, so don’t try to rationalize it. “Wow, my mom totally had a cow when she found out that I kissed Jack!”

Egg on your face

When you’re caught in an awkward moment, usually one where you’ve misspoken or said something distasteful, you might have “egg on your face.” This particular idiom just means that you’re embarrassed and ashamed.

Literally, hardball is a distinction between baseball and softball. Baseball uses a harder ball. To tell someone that you’re now “playing hardball” means you’re not taking it easy any more. You’re not using soft tactics to get things done.

Another way of saying you’re going to be tough. For example, “His air of confidence and distain gave George a very clear message – the gloves are off, and this was going to be a tough debate.”

Putting the cart before the horse

Another old-fashioned idiom, this one is a bit simpler to understand. A cart is pulled by a horse. The horse goes in front of the cart to pull it. If the cart were to go in front of the horse, you wouldn’t be able to go anywhere at all. An expression with very much the same meaning is ‘Trying to run before you can walk’. Both idioms mean trying to do things too quickly and out of the correct order. “With sudden clarity he realized that he needed to backtrack and make better plans, he’d been putting the cart before the horse and it was time to make corrections.”

Cut from the same cloth

Not very polite, but amusing nonetheless, low hanging fruit is a term used to describe those who aren’t very bright. They aren’t the “cream of the crop” (the best), but instead are rather slow and easy to handle. They are the “low hanging fruit.”

Quite simply to feel “under the weather” means you’re feeling sick.

Again, there’s no physical harm intended here, although you’d be right to assume there might be. “Break a leg” is actually an expression of good luck, usually used in the theater to encourage someone who is about to perform.

Think outside of the box

An unkind comparison to the mail carriers of the US, to go postal means you’re going crazy or you’re furious and acting on that anger.

Until the cows come home

Once upon a time in an agrarian society, the cows went out to pasture in the morning and they came home from the pasture at the end of the day as the sun was going down. So if you’re going to “fight until the cows come home”, you’re going to fight all day long, or for a very long time.

Get the ball rolling

Another one that is hard to use without sounding like a tired 80’s business movie. To “get the ball rolling” means you’re to get things started. In a sense, this would be a great science lesson about objects in motion staying in motion, but the presumption is, once the “ball is rolling”, the rest of the plan or objective will work correctly. “I’ll just make a quick phone call to get the ball rolling.”

A thick substance much like syrup or honey, molasses doesn’t move much when you tip the jar over to try and pour it out. It moves so slowly in fact, it’s inspired a very old idiom. If you’re moving “slower than molasses”, you’re barely moving at all.

A fun one to toss around in conversation, but generally out of place in most business documents, the phrase “come hell or high water” simply means you’re dedicated to the job at hand. “I’m going to finish this tonight, come hell or high water!” It means that nothing can detract you from the job you’re trying to do.

Another business idiom, the “job at hand” is the one you’re currently working on. “Let’s focus on the job at hand before we plan for next week.”

If life were a puppet show, you can make things happen by simply pulling on the puppet’s strings. So to “pull some strings” means you’re going to manipulate things to make circumstances turn out in your favor. “Well, I know you’d like to go to the party. Let me pull some strings and see what I can do.”

Opening a can of worms

Literally, cans of worms were once the bait of choice for casual fisherman. The fishermen found it was easy to open the can of worms, but once the worms started to escape, it was almost impossible to close it again, therefore, the phrase “Opening a can of worms” means that the action you are contemplating will create many more problems. “I want us to think about a new logo, but let’s not open that can of worms today.”

Turn over a new leaf

The word ‘leaf’ in this expression refers to the page of a book. If you “turn over a new leaf” you are turning to a fresh page, starting again, cleaning up your act. “He was a naughty child, but turned over a new leaf as a teenager.”

Throw your weight around

If you have some sort of power or prestige, you can change or manipulate circumstances around you. This means you’re “throwing your weight around” when you use your power or connections to change things. Someone who “throws their weight around” is trying to be controlling over the situation.

The whole expression is something like, “The grass is always greener on the other side of the fence.” It simply means that when you’re standing in the life you have, the life others have look more engaging than what you’re living in. The unknown always appears more interesting and exciting than the life you’re currently living.

Most native speakers are intimately familiar with the idioms of their countries. It is often these idioms that determine the dialect we speak and establish regional differences within countries as well. Not only do writers need to know what the idioms mean when they come across them in the writing of others, they also need to know how to use them. Imagine a travel blog that just confused potential visitors rather than luring them in!

If you do choose to use an idiom, understand that you’ve chosen to write casually and that you run the risk of alienating some readers by using a term they don’t understand or one that is overused and trite. Idioms create a fine line in writing – a little sprinkle is good to liven things up, but too many and you’ve muddied the waters. (That one means you’ve made a mess of things.)