Theories of Psychology and their Application in Designing

For all marketers, it is obligatory to do the prerequisite courses in psychology. Why is that so? They prepare you for even more courses of psychology that follow basic marketing courses. So, there comes a point when you’re learning highly advanced theories and models such as the VALS and LOV models, conditioning theories, or the impact of reactance and dissonance that are all based on human psychology and its implications on marketing.

Marketing has a lot to do with the human psychology . How do consumers behave? What motivates them to buy something? How do they make decisions in the market? What defines their personality? To answer questions like these, marketers have to conduct thorough research into their target market’s psychology.

So, if psychology has implications in marketing, what does that mean for graphic design? Graphic design, branching from the media or marketing fields, has been operating in conjunction with psychology to create amazing work since Day 1!

The Relationship Between Psychological Theories and Design

In The Olden Days

Notice how the contrasting colors (black and white) make the borders of the page pop out. This is known as the “simultaneous contrast effect” in perception. This book was printed in 1892. The same concept is used in the second picture on the Iranian bowl design crafted in the 4500 B.C.

The artists of prehistoric days probably didn’t even have a whole set of theories of psychology to look into, or advanced courses in marketing, that would assist them in fashioning the most beautiful art piece known to history. So basically, they didn’t even know which theories or models of psychology they were using!

Today, however…
We have plenty of resources available to guide us and give us hints about perception, cognition, and common human behavior to use the right elements in our designs. Here are some psychological theories that will help the artist within you to make dazzling designs that will captivate that customer.

This is probably the one used most commonly in marketing. The theory is based on an experiment in which a dog was given a bone after a ringing bell. After several such repeated acts, the dog was “conditioned” to associate the ring of the bell to the bone. For him eventually, the ringing bell meant tasty bone. This is exactly why the ice-cream truck jingles can never change! Similarly for you, that song always meant tasty, refreshing ice-cream throughout childhood and even now!

Implications in Designing:
“Classical conditioning can influence the behavior of observers who believe that an action or image work to associate an idea with an emotional response.”-Wikipedia 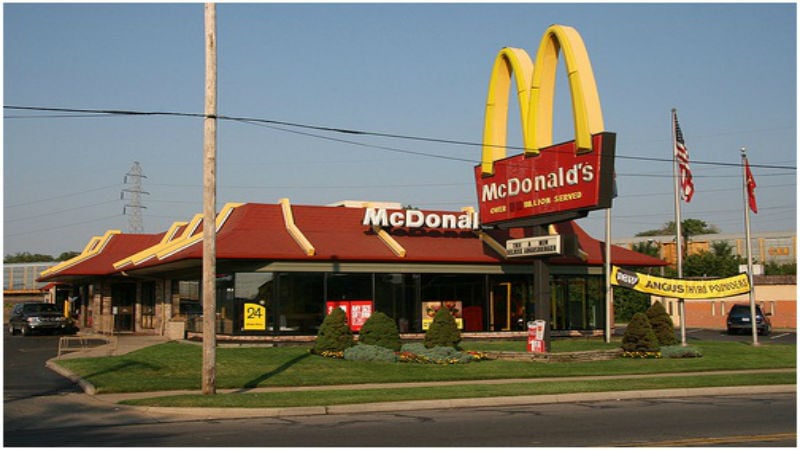 Mc Donald’s is one such organization that managed to use the theory of classical conditioning in their graphic design to stimulate an immediate emotional response in customers. Why does every single McDonalds branch HAVE to have that big yellow M (The Golden Arches) which is visible from far away? It should be obvious by now. That “M” is not just a letter! It’s a letter that has been linked to all your memories of McDonalds including the smell, the taste, the memories, laughter, and all other emotions you may have associated with that big yellow letter. Just like the ice-cream truck!

This is the theory of absurdity. The Von Restorff effect, also known as the isolation effect, says that if something is distinct, absurd, or completely unusual, it is more likely to be remembered than other items.

This billboard ad uses the Von Restorff effect by spelling “chicken” and “more” unusually and the cow statues that appear to be painting on the billboard. Now, who wouldn’t remember this odd ad? 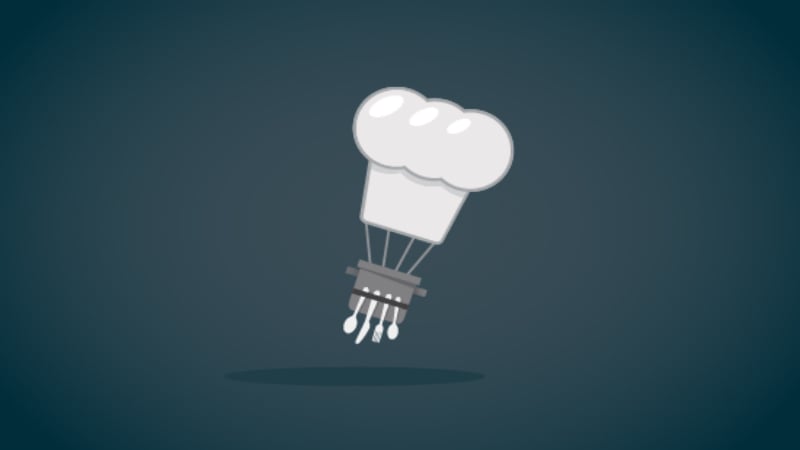 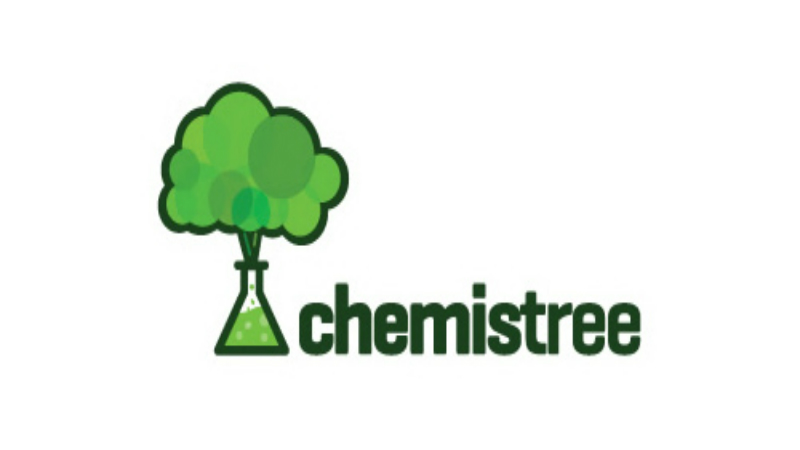 Designed by Gavster
Another spelling mistake?

Subliminal stimulation is a rather controversial technique often used by marketers trying to explore the potentials of their target audience’s brain. This technique refers to presenting a stimulus that is below the absolute threshold (or conscious awareness) of the individual. So the viewer is seeing something he sees, but doesn’t “consciously” notice. The intention is to influence the behavior or feelings of the target audience. Whether or not this is effective is still a debate and no conclusive evidence proves this theory.

Read more about the Vicary Experiment, who initiated the concept.

Some marketers, nevertheless, continue to use this technique to give their designs a hidden spark. Once known, it becomes an interesting and clever design. Designers can include hidden elements by altering the text, image, or even audio (video ads). Letters can be placed in such a way that they form another word or a picture. 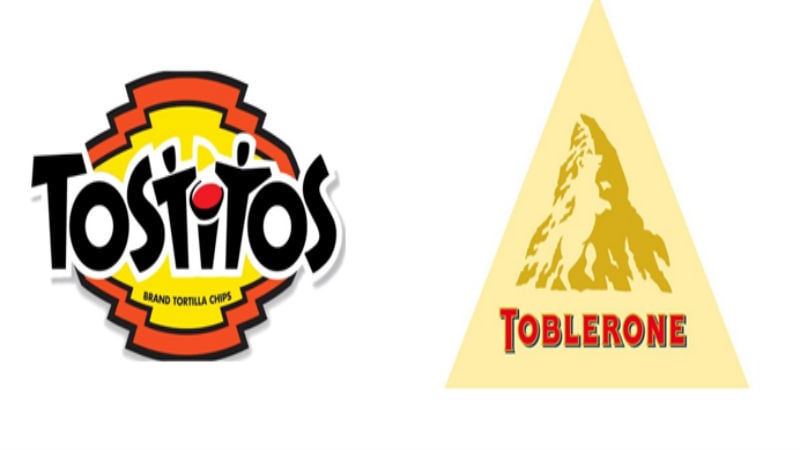 Do you see the two friends sharing Tostitos with salsa? What about the dancing bear on the mountain on the Toblerone logo? 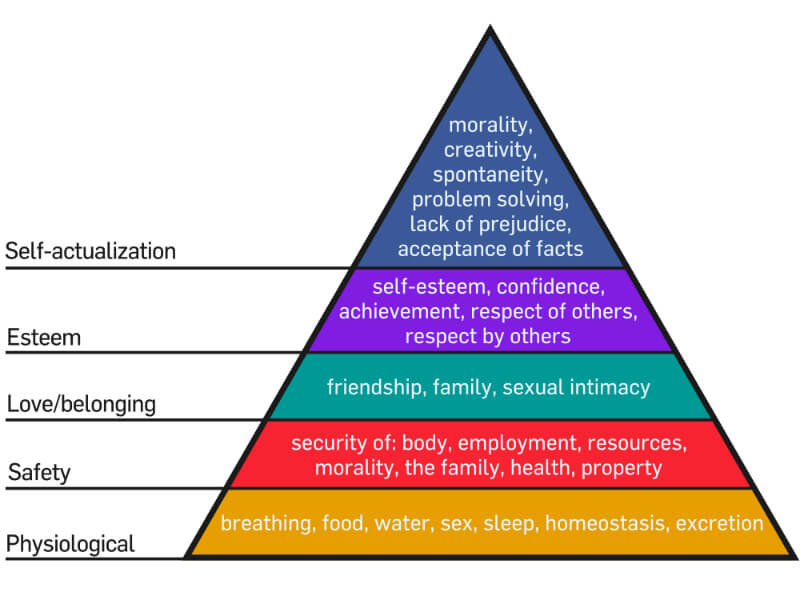 I’m sure you have all seen this famous pyramid of “needs” at some point of your life or in academics, regardless of discipline. Maslow’s hierarchy of needs is certainly useful in many, many ways and definitely a theory worth consideration for marketers and designers. The needs are what bring about emotion in a human being and cause them to behave in a certain way in hope of meeting their need(s). 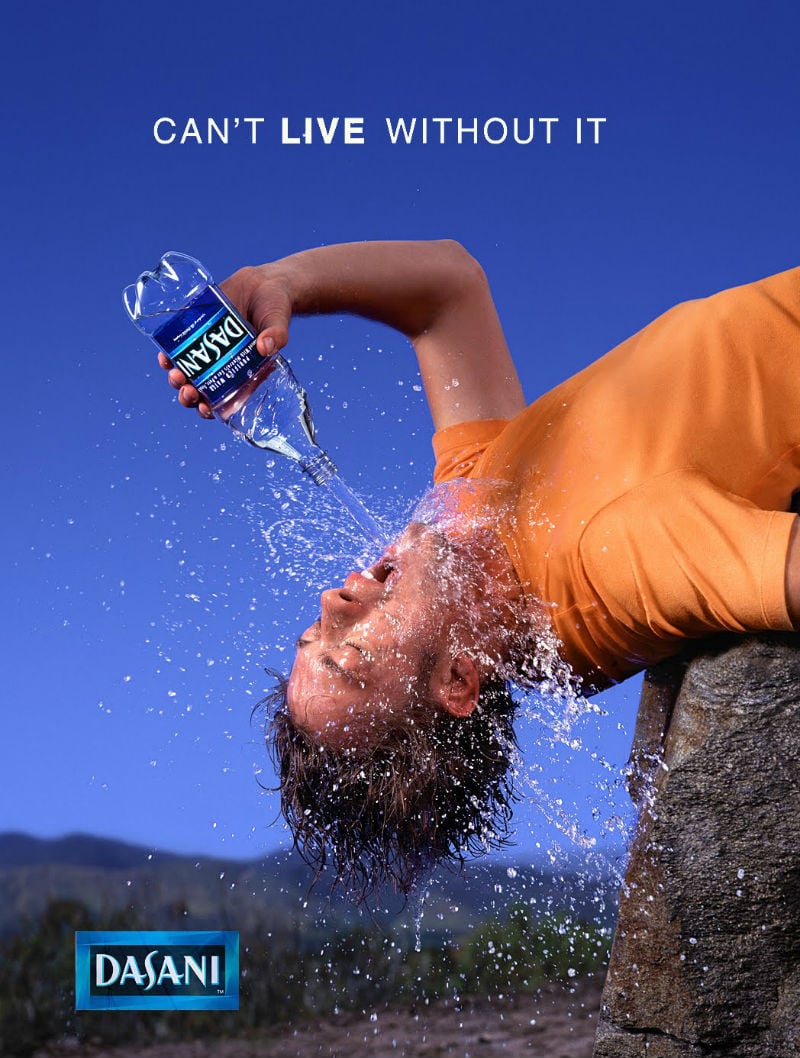 Water is the most basic physiological need. Who can live without water? 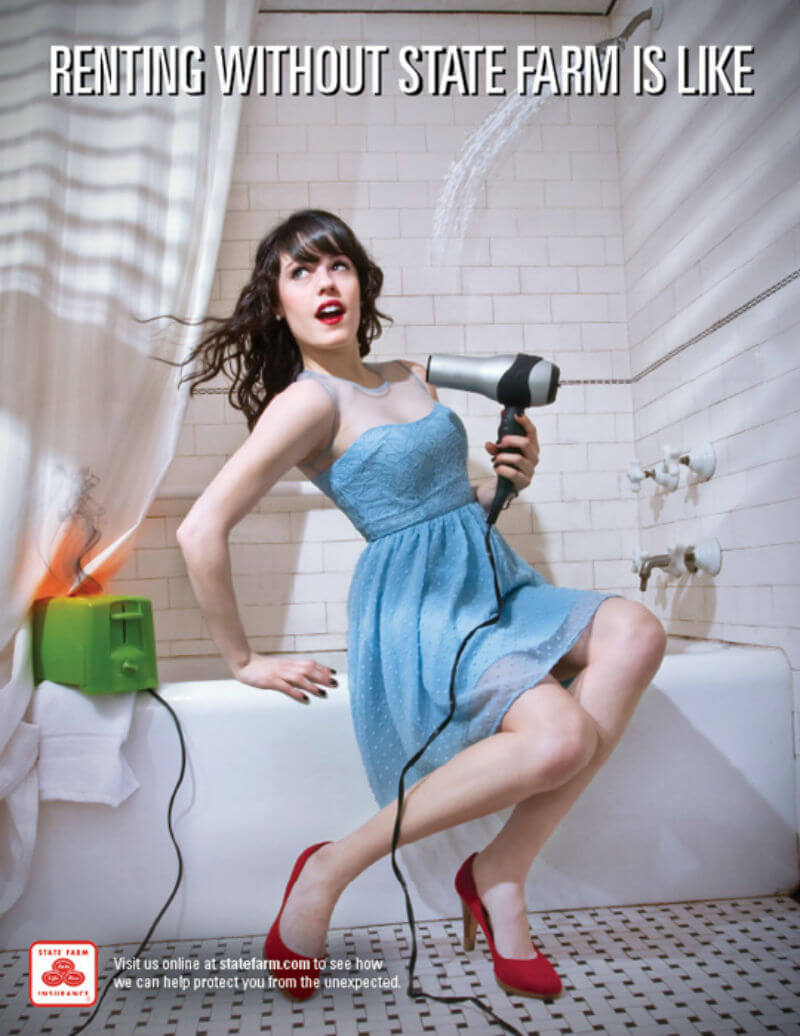 The need for safety is expressed in the ad above. The insurance ad is associating insurance safety with safety at home. 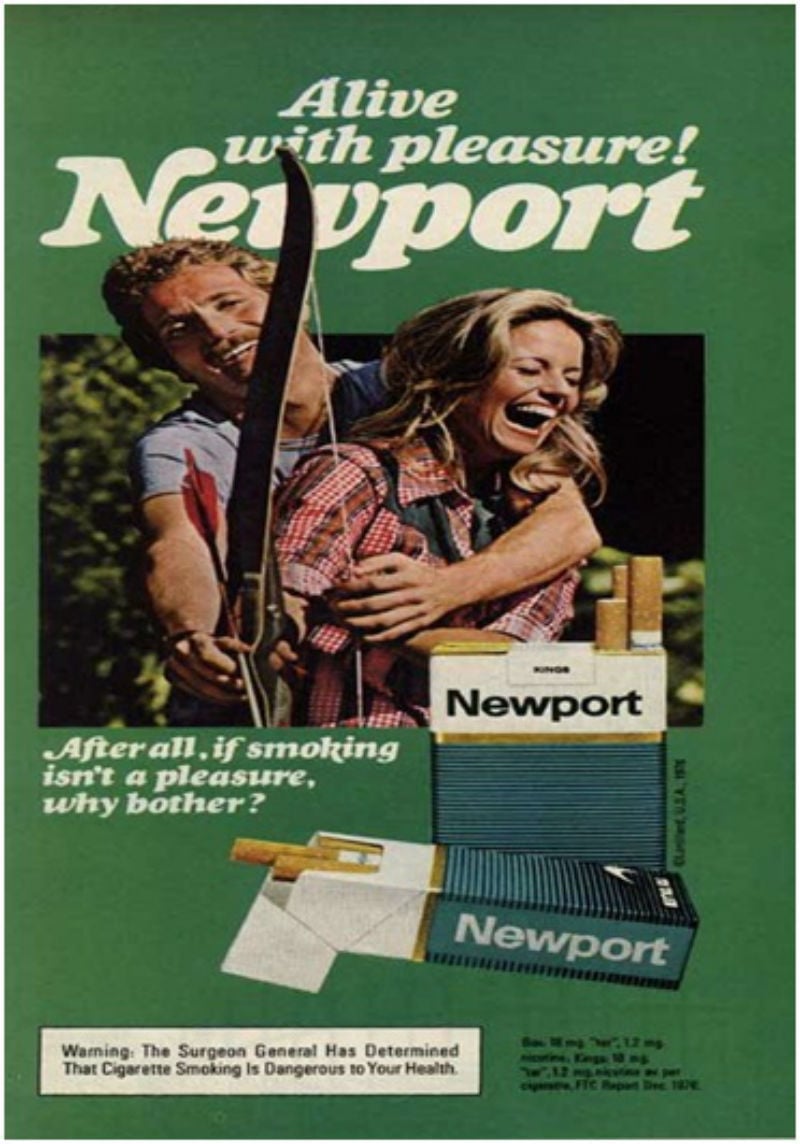 Ad appealing to the need for pleasure… (Oh, um and maybe a need for intimacy is included here)

The Gestalt theories of perceptual organization attempt to identify how the human mind makes sense of disjointed stimuli. The Gestalt effect:

“The capability of our brain to generate whole forms, particularly with respect to the visual recognition of global figures instead of just collections of simpler and unrelated elements (points, lines, curves…)” – Wikipedia

Now this theory is an asset for designers. Designers have plenty of points, lines, curves, and other images to deal with, and the Gestalt theories surely give them an edge!

Principle of Closure
The renowned WWF logo uses one of Gestalt’s principles of “closure” for a creative logo design. We fill in the blanks to “close” the picture of the Panda ourselves. Do you see that extra-clean salt shaker? What tells you it’s there? 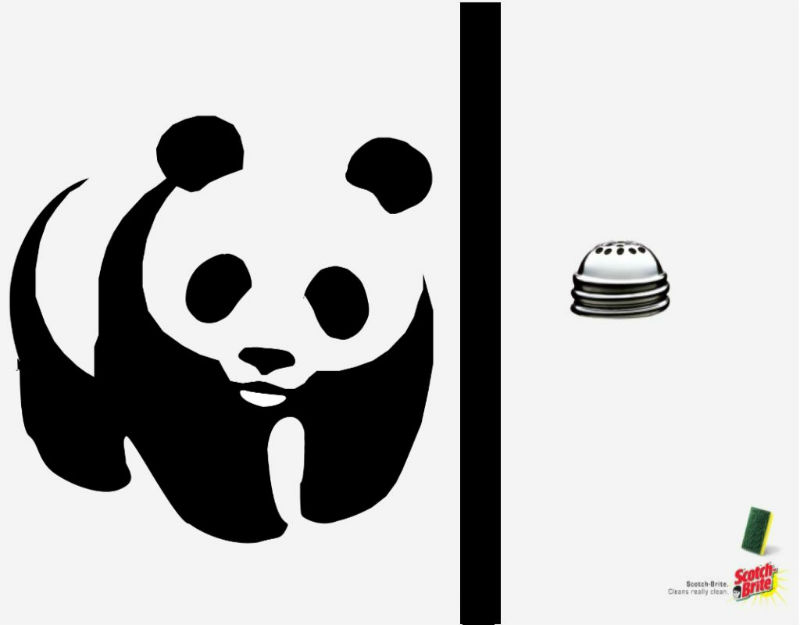 Do you see only the tree? Or the animals, birds and fish as well? 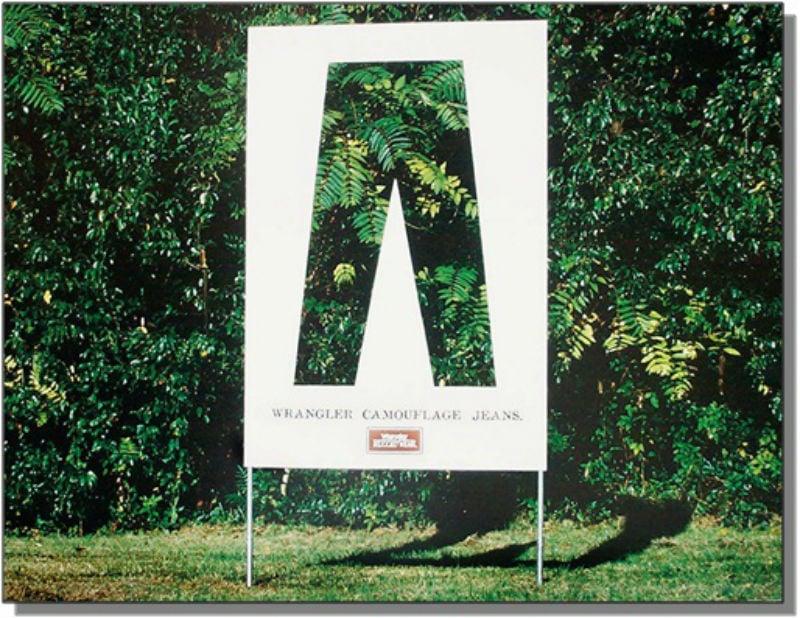 This creative billboard ingeniously uses the figure-ground principle. We tend to pick either the figure or the background to dominate the image. Here, the busy tree-leaves help us pick the punctured pants as a figure and leave the white part as a background. How cool! 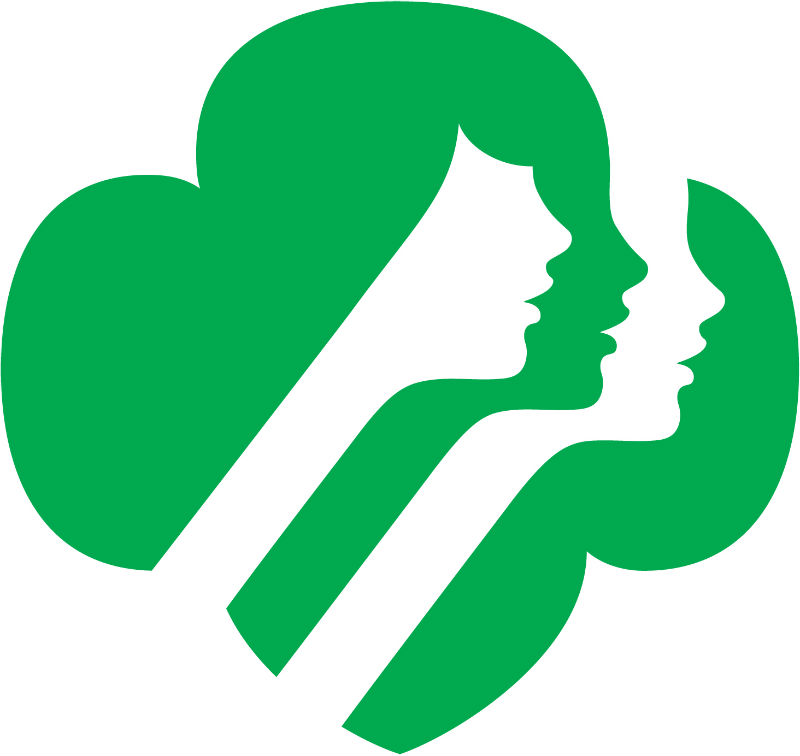 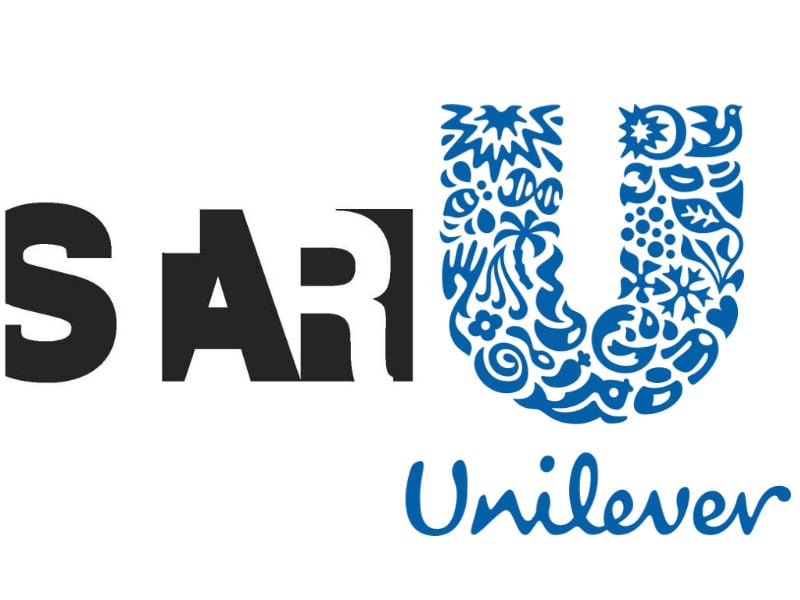 Examine the interesting typography “STAR” above that uses Gestalt’s principle of similarity in which the brain tends to group objects that share similar visual characteristics. Although the letters are disjointed, the similarities in their shape, size, or color cause our brain to join them and form the word “star.” Likewise, the famed Unilever logo does the same with the disjointed blue shapes that we group up ourselves to form a “U”.

This is probably one of the MOST useful ones for designers. The color you use makes a tremendous amount of difference to your design. Certain colors arouse certain common emotions among people. There are countless research reports based on the psychology of color and how it affects a person’s mood. 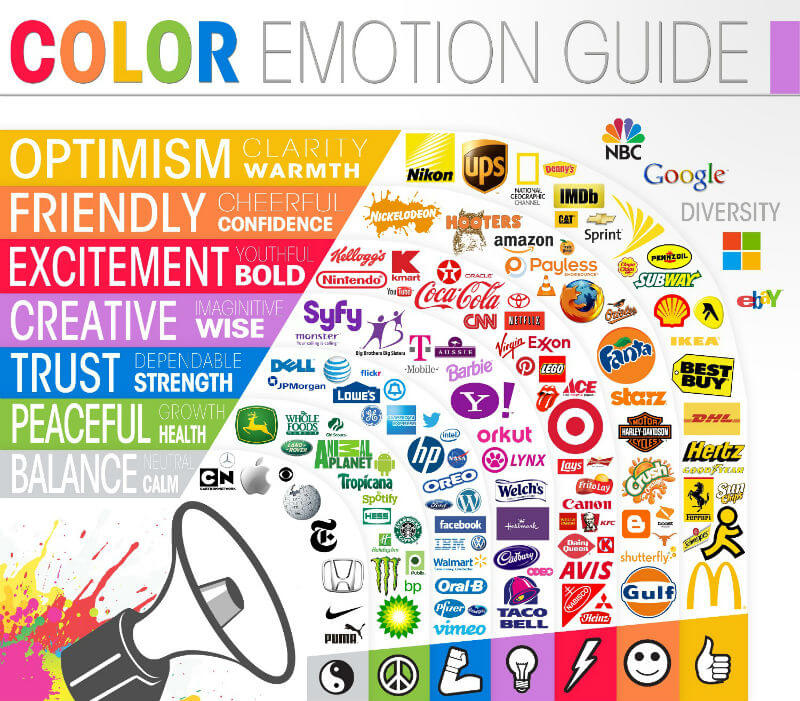 Read more about the Psychology of Color in Branding and Marketing on the Entrepreneur blog from where I picked up spectacular color-emotion guide.