When It Comes Time to Burn That Bridge

March 6, 2015 in Articles by Speider Schneider 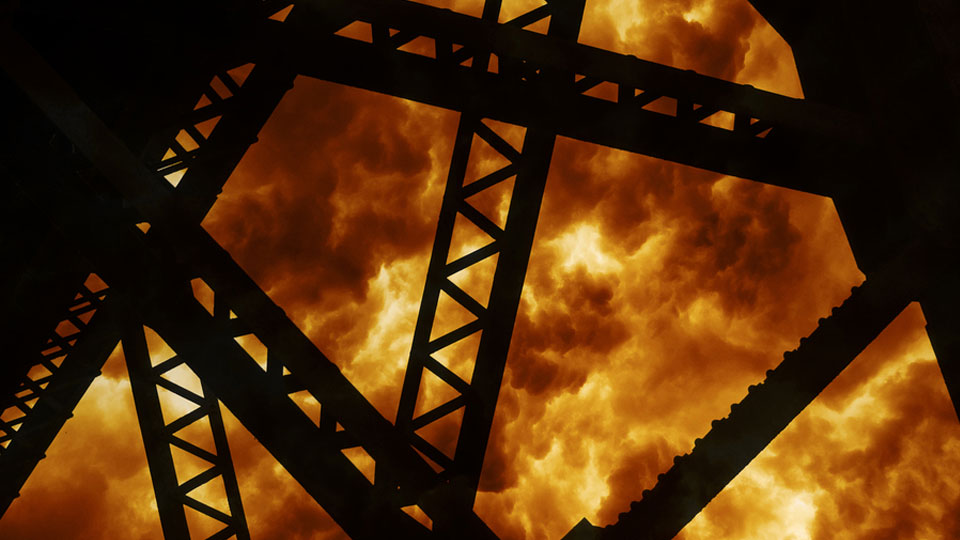 I was such a bridge-burner in my younger days, people thought I carried a canister of gasoline with me at all times. I had a short temper and didn’t suffer fools well. I still don’t but some epiphany many years ago, probably having kids, turned me into Gandhi… who sometimes punches someone, so I guess not really but I sure did calm down a lot.

Still, although I am endlessly patient, there comes a time when something has to comes to a halt. Walking away can feel freeing and self-affirming but when the other party fights it, then comes the time for accelerants and matches!

When Is It Time to Cut and Run?

Isn’t That a Terrorist Crime?

For those who think “bridge-burning” means I have a restraining order, keeping me at least 500 yards from major traffic water crossings, that’s completely different and I can now cross seven major bridges again. It’s actually a term meaning that you are severely severing ties to someone FOREVER!

The “bridge” in business is where you meet the client halfway, more often than not. Flexibility in working on a project is important until that flexibility is strained to the breaking point. That is the point where one of the two parties involved has spilled gasoline all over the place. The next question is; who will create the spark? I had a client argue excessive changes as not really changes. He said, “the project is just evolving!”

“Okay!” I replied. “The invoiced fee will have to reflect that.”

With that, the flames showed in his eyes. We had agreed on a flat fee and the creative brief laid out all milestones and changes allowed at which points on the project timeline. He was merely adding peripherals, such as posters and other print material. As I explained, that was all additions to the scope of work. He refused to discuss allowing any more additions to the budget. I let that email sit for the rest of the day.

I looked at my deposit and realized that if I finished the current scope of work, I would lose money in the end. At the point of realization, I was still ahead of the game. It was time to make the demand or walk away.

I contacted the client and told him I would be happy to continue with the original scope of the project but the extra work would have a separate invoiced fee. He refused and promised he would “make it up to (me) on the next project.” I refused.

The client demanded his deposit back, called my work “sh!t” and told me I’d hear from his lawyer if I didn’t finish the entire project. There was something said about my never being able to get work again in this universe, taking a job serving fries to pay the legal suit and my going to a warm place below something or the other. All I could say was, “I will still be happy to finish the project as it was contracted, with payment upon delivery or I’ll expect to hear from your lawyer.”

I never heard back from him, nor did I hear from his lawyer. I suspect his attorney told him he was out of luck and shouldn’t have accepted a contract from a filthy creative-type.

In this case, it was the client that burned the bridge. There have been plenty of times I have lit the fire when the initial negotiations with a client just won’t produce an agreement. Here’s a list of some of the weirdest requests from clients that made me hit the blow torch:

Oddly enough, while these requests and demands may seem outrageous, because they are, but in every case it was my merely saying “no!” that burned the bridge for that client and myself.

Personally, now, I don’t like burning bridges. Hell, I even have several old girlfriends as Facebook friends. There are regular clients I had to leave for one reason or another and I made sure I left them with an open door if I were to return. There have been times I do return. It’s a great feeling knowing there are those open doors and kind comments should one’s name come up.

In a perfect, professional world, business dealings should end with a smile and feeling of satisfaction. I guess that’s long gone with barn raisings and Coca-Cola with real cocaine in it.

These are the days of entitlement, shirking duties and blaming all others for the problems of the world. In the case of creatives, it’s the horrid practice of charging money for… artsy things. It’s odd no one blinks an eye at the great paintings in history selling for tens of millions of dollars but when booking design, anything over $50 brings cries of outrage. That’s why the great painters died paupers!

A friend of mine, speaking of making deals with clients, said, “it’s okay to cut a deal, as long as you don’t cut your own throat.”

That always stuck with me and when it comes time to negotiate or to try to fix a disagreement, I always keep an eye towards where the cutting blade is. As the red flags come up, deal with them immediately or they will only grow. Put out the little fires as they start. It’s better to keep the job and educate the client… if they can be.

In a scope creep project a friend of mine had, she was forced to break down the hours that would be needed with all of the client’s proposed changes and when it came out to her working for $3.00 an hour, the client dropped the changes.

Unfortunately, it doesn’t happen that often but when you can set a client back on the right path, the bridge remains for future work with easier working conditions. That’s one of the keys of being professional.

Can You Legally Burn That Bridge? Design is a confusing thing to non-creatives. They don’t know the process, how long it takes, why bother going to art school (and having to pay back that tuition), or how much a computer and software costs to buy and update. You have to teach them. You must take them by the hand and gently lead them through the process, keeping all steps transparent and all changes down to a minimum so you can make a profit. There are clients that will understand and appreciate your professional business acumen. Then, there are clients who want you to shut up and dance, monkey! Here are some matches and bananas!