The Evolution of Android

March 17, 2015 in Inspiration by Rahul Chowdhury 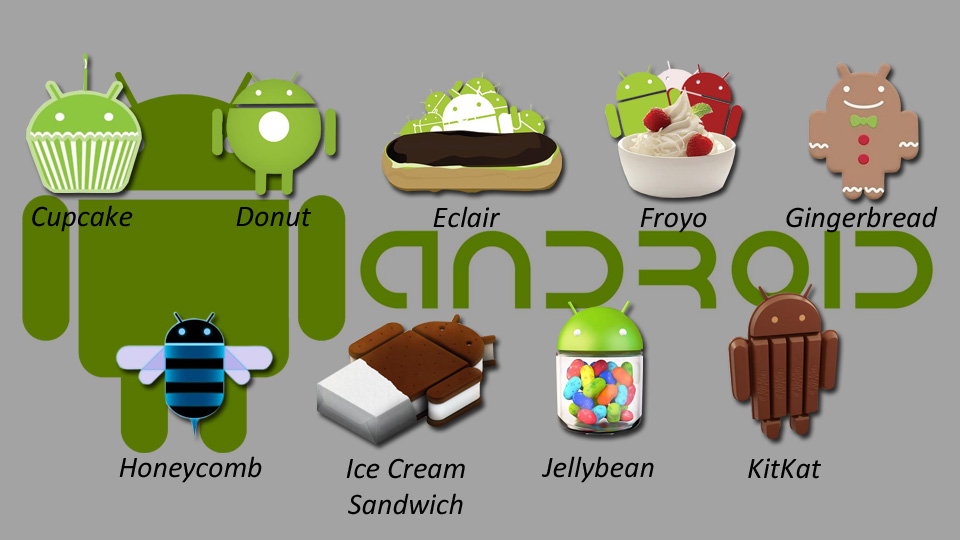 Android, the name speaks for itself. Dominating the global mobile OS market, this OS has become the choice for most people around the world for their day to day activities. From phones to tablets, to TVs and now even watches, Android is everywhere.

However, this wasn’t achieved overnight. It took years of dedication from a focused and creative team to reach the heights. Over the years, Android has become better and better to snatch the position of the “Most Advanced Mobile OS” ever.

Board our OXP Time Machine as we take you back to the year when Android was born.

How Android Has Evolved Android 1.0 (2008) was mainly focused on giving users a splendid experience for business purposes. The desktop was clean and organized with essential apps like Gmail, Maps, etc. and gave one touch access to the internet with full support for HTML content.

Android Market was in its fledgling stages and gave users the privilege to download additional apps for extending the device’s capabilities. However, the market wasn’t even anything near to what we see now.

There were only a few apps to start with as Android was in its initial stages and there were only few developers who were taking this OS seriously back then. Android 1.5 (2009) polished the existing version of Android and introduced a few new features here and there to spice up the Android experience.

Widgets were added to the home screen for a variety of apps along with a Universal Search Box giving users access to Google’s sea of search results with just a single tap.

Surprisingly, the camera was vastly improved and added a quick switch from still photos to video mode. The Market was also revamped with filters such as Top Paid and Top Free which are available in the Google Play Store even now.

Have you noticed something?

This is when Android started having nicknames for each of its versions based on some popular desserts, and what’s better than starting off with a Cupcake. Android 1.6 (2009) was a minor update to the OS, with support for WVGA screens and tweaks to make the OS perform better and smoother.

One of the notable features of this update was the extension of the Universal Search Box introduced in the previous version, to much wider applications. The search was not limited to only web content, users could now search stuff within their device such as apps, music, contacts and more. This surely pumped up the usefulness of this tool. Android 2.1 (2009) brought in some major changes to the UI. This is when Android started looking more like how we see Android as of now. Sharper icons and richer details, made the OS even more lucrative for use in every section, be it for business or as a personal smart device.

One of the most appealing things was the Live Wallpaper that was introduced in this version. You might have seen those live wallpapers on an Android phone at some point. Well, this is where it all started.

Other treats include a better camera app, support for Bluetooth 2.1 for superfast file transfers and various options for text and multimedia messages like searching for them or automatically deleting them when a custom defined limit was reached so as to clear up free space for other important things. Éclair brought in some major UI changes, and now it was time for Android 2.2 (2010) to bring in some major feature changes and performance boost.

Froyo was the speediest version of Android till now both in terms of OS usage and web browsing, featuring Chrome’s V8 JavaScript engine and Adobe Flash to render webpages quickly and smoothly.

Until now, Android’s display resolution was limited to 480px and below, but this release raised the bar to 720px for the first time in Android’s history, providing the sharpest view at the OS ever.

USB Tethering and the Portable Hotspot feature that we know, were introduced in this released with the ability for the apps to update themselves automatically via the Market as they do now. Android 2.3 (2010) brought in some major UI changes again in the OS and also paved the way for one of most common features in Android that we use very often, the copy and paste text feature.

Users were now able to tap on a text to select it and easily copy and paste them anywhere in the OS. Another cool new feature was added – one touch to switch between the front and the back camera. In a way, taking a selfie was made easier with this.

Gingerbread introduced support for NFC (Near Field Communication) which is now greatly used for pairing devices, making payments, etc. Another thing that was greatly improved in this update was the sound quality – with added bass boost, equalizers and more, Android never sounded better.

Android was picking up pace, with major companies like Samsung shifting their mobile OS to Android, and even started forking their own version of Android UI, such as TouchWiz as seen till now. This point was a major leap for the OS, and might be the point where its success really started. Android 3.0 (2011) took the OS to a whole new level. Fir the first time, Android was available and truly designed for tablet devices. This version was only designed and made available for tablet users, so no love was given to phone users at that time, they had to settle for Gingerbread.

Major changes to the UI were apps that were specially designed to fit the large screens on tablets and look good, and also a fixed status bar at the bottom which was meant to replace the hard buttons on a tablet.

Different popular apps and games had their tablet version which supported the giant displays on tablets and provided a totally different UI. Talking about games, Honeycomb deliberately boosted games performance by providing better hardware acceleration and great 3D graphics support than the previous versions of the OS. Speaking of performance, it was boosted to a whole new level. Apps opened lightning fast and everything was smoother than ever before. This was truly a major leap for Android.

This update not only brought performance improvements, but also brought in some cool new treats such as Face Recognition to unlock the phone, and an improved version of Task Manager or the recently used apps.

Google also brought in Chrome, for the first time in mobile devices with this version of Android, and it was an instant hit on the Play Store.

Android 4.1 (2012) made Android even sweeter, in other words, made it even better and smoother. Android 4.1 spanned to Android 4.2 and Android 4.3, all code named as Jellybean, together brought in some major changes to the OS.

One of the major visible and useful changes were notifications. With this release the notifications were given some extra love in the form of expanded notifications which showed more than a single line of information, useful for displaying incoming emails, etc. Also, each notification could have its own action buttons which could perform certain actions without even having to open the app.

Jellybean also brought in the privilege to have multiple user accounts like Windows. Users could now have their data, their settings and other stuff locked to their own account while having a guest account to let others play with the device. However, this feature was only limited to tablets.

Gaming was made better with the support of OpenGL ES 3.0, and videos made sharper with support for 4K resolution videos on the devices.

Combined, this was a good upgrade for the OS, and brought in many security improvements, performance improvements and bug fixes. Android 4.4 (2013) made Android available for devices of every range, from low-end devices to very high-end ones. With KitKat, Google wanted to put Android in everyone’s hands, not only the affluent ones.

KitKat was optimized to a great extent and required only a minimum of 340MB of RAM to function properly. Devices with a gigabyte of RAM could run KitKat buttery smooth without any sort of lagging.

Users could now just say “Ok Google” to wake up the device and respond to commands. KitKat also featured an immersive mode in which one could enjoy true full screen experience, and distraction free reading on the devices. With Android Wear (2014), Google took Android from phones and tablets to something we have been using for a long time. Watches. Everything was getting smarter and smarter, so why not watches too?

Android wear gives you a flavor of Android on your wrist and assists you in getting timely notifications, calls, and messages without even having to check your phone. It was meant to be an extension of your phone for faster and easy access to events. Android 5.0 (2014) is the sweetest release of Android yet. Google finally made some drastic UI changes to the OS by completely revamping the UI with its new Material Design. Android never looked cleaner and better, animations were never so delightful to watch. Lollipop is really a treat to the eyes.

It was not only the UI that was changed, the whole core technology of the OS was changed too, with the virtual machine being shifted from the long running Dalvik to ART (Android Runtime) and apps now are following ahead-of-time compilation rather than the traditional just-in-time compilation, for faster launch and response time.

An issue with Android phones till now was the battery life. Thankfully, Google solved it with this new version of the OS and Project Volta. Another useful feature that was added was the ability to view notifications directly on the lock screen.

From phones to tablets to smart watches, Android has made a giant leap over the years and established itself as the dominator in the mobile OS market, beating iOS made by Apple.

This isn’t the end, Google isn’t stopping here. The company plans to put Android on TV and Cars too, in the near future.

What was once a minor development project by Andy Rubin, has now became a part of our daily life in more than just a single way. That ladies and gentlemen is the power of Android.