April 8, 2015 in Inspiration by Rahul Chowdhury 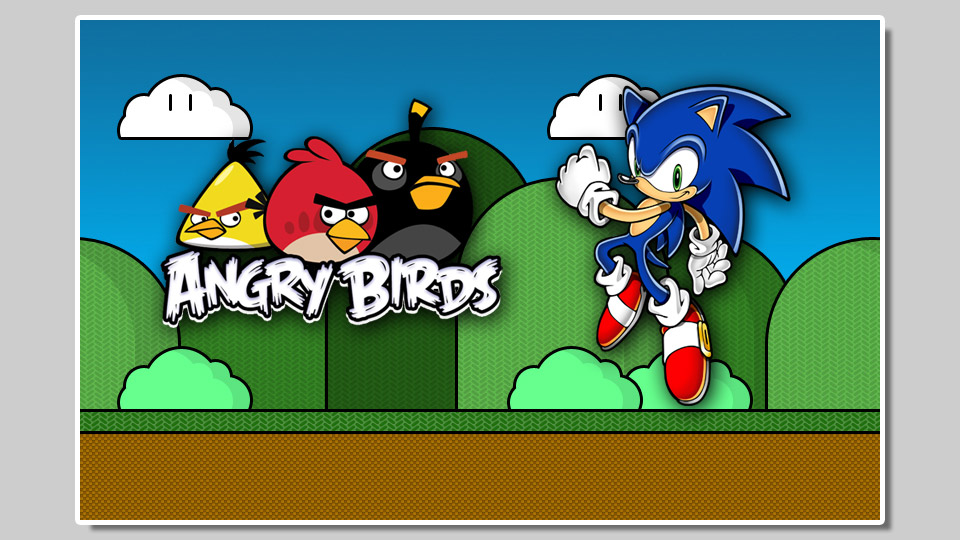 Mobile phones have come a long way from bulky and heavy devices that let us talk from anywhere to anywhere, to our personal and portable entertainment companions.

Mobile Gaming Through The Years Snake, first released in the year 1998 by Nokia marked the beginning of mobile gaming with a bang. With over 350 million players around the world, this game paved the way for the whole mobile phone industry.

It was a black and white 2D game with pixelated graphics. The main aim of this game was to keep the snake moving within the screen area without hitting any obstacles such as the screen boundary or itself, while the snake gets longer and longer making it difficult to retain control of the motion.

Challenging? You bet it was, and that’s why it amassed such a huge audience at that time when only a few of us had access to cell phones. After the immense success of the first mobile game, Snake, the already famous video game of 1984 Tetris was brought to mobiles for the first time. Tetris is a puzzle game where players have to modify and control each new piece falling from the top and match colors.

Similar to Snake, it was based on low pixelated graphics, however each tile had its different colour. Well, there wasn’t enough to choose from but still two blockbuster games like these would kill anyone’s time anywhere. First Tetris, and now Sega’s iconic character was brought to mobile phones too. Sonic the Hedgehog featuring Sonic running to stop the evil Doctor Robotnik from taking over world stole the hearts and also attention of many mobile gaming enthusiasts around the world.

As the years went by, mobile phone gaming was becoming a major area of game distribution for the companies back then, as mobile games were becoming insanely popular and the companies didn’t have any choice but to shift their focus to mobile phones. As more and more games were being ported to mobile phones at that time, some developers took the chance to convert the classic 1979 Atari game for shooting asteroids in deep space from console to mobile phones.

Named Asteroid Zone, this game was one of a kind and can be considered as one of the predecessors of today’s endless running games like Temple Run and others. The mobile gaming industry was getting stronger and diversified with each new game release. Mobile phones were getting more advanced and with the arrival of the Apple iPhone, mobile gaming took a new turn towards advancement. Apple iOS gave developers more horsepower to fuel their games which resulted in beautiful and much more enjoyable games with the invention of touchscreens, like Tap Tap Revolution.

Though initially Tap Tap Revolution was only made available to jail broken iPhone users, but in mid-2008 the game officially hit the shelves of the App Store for Apple iPhone under the name Tap Tap Revenge.

The main aim of this game was to hit incoming balls on every beat of a music that played in the background.

Sounds fun? Well, this was just the start. Games that were plain and simple pixelated graphics were now taking shape into something much more beautiful and advanced. Advancement has its plateau, and if you don’t adopt something new, you will be blown away in no time. Thankfully, a Finnish game company named Rovio understood this and incorporated physics into a new and unique game where players need to slingshot weird looking birds to break down walls.

And that is exactly how Angry Birds came into existence. Since its launch in 2009, it has been continuing to shake the mobile gaming industry and attracting millions of users around the world.

With this game and its focus on real life physics, mobile games transformed to something more realistic, something that we witness in our daily life.

A decade and already this amount of advancement in mobile gaming. Puzzle based or shooting games were becoming monotonous and boring, it was time for some fast paced action, and that paved the way for one of the most popular games in history, Temple Run.

This game was one of a kind, featuring smooth 3D graphics and an endless running experience for the first time in mobile game history.

Talk about addictive, Temple Run really stole the crown for that title, with millions of players sticking to their phone swiping their screens in all four directions.

Vast availability of touchscreen phones featuring both the most prominent mobile OS iOS and Android made the game so enjoyable. When all the genres of games were making their way into our pockets, there was one genre which got left out in the competition. Sadly for Age of Empires lovers, it never made it to mobiles phones, but that doesn’t necessarily mean that war strategy based games came to an end.

With Clash of Clans, a company named Supercell brought that Age of Empires experience to mobile phones and made it even better with awesome multiplayer capabilities.

People could form their own villages, join clans and fight for their virtual land anytime with anyone around the world. This superb connected gaming once again reminded us that mobile phones were meant to connect us to people who were thousands of miles away. Whoever said great graphics were only for PCs and consoles was wrong, and Gameloft proved it with its latest version of the Asphalt series, Asphalt 8: Airborne. This game truly took the level of racing on mobile phones to a whole new height, with eye popping smooth graphics and insanely fast gameplay that will have your adrenaline rushing.

For the first time it felt like mobile phones could really give tough competition to PCs and consoles when it comes to providing a superb multiplayer gaming experience. Just when we thought that mobiles games were taking the highway to awesome graphics, some developers decided to take a U-turn back to the basics and introduced games like Flappy Bird that featured pixelated graphics just like the old days but were highly addictive.

Surprisingly even though these games didn’t have top notch 3D graphics, they were readily accepted by gamers, maybe because it reminded them of the good old days. Well like the saying goes, Old is Gold. However, there are still games being released like Zombie Highway 2, which have pretty much high quality 3D graphics and gameplay effects. Well, not the entire mobile gaming industry has taken a turn apparently.

We have seen how mobiles games that were a mere combination of black pixels transform to deliver PC quality graphics and insane gameplay. Though some developers have chosen the path to go back to basics, there are certain developers who are developing games with stunning graphics like Leo’s Fortune and Limbo, and we hope that they will continue to do so.